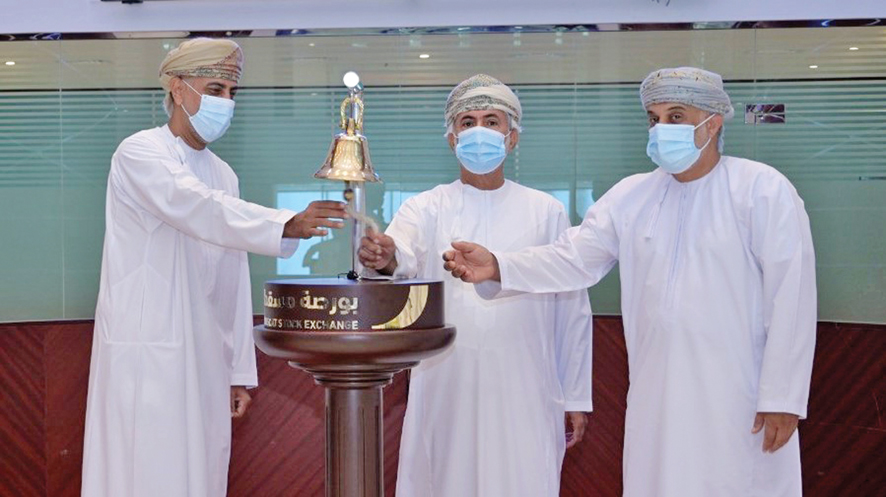 The Muscat Stock Exchange began trading on a positive note on Sunday in its first trading session after rebranding and changing its name from the MSM (Muscat Securities Market) to the MSX.

The sultanate’s stock exchange completed its transformation on Saturday and was converted into a closed joint stock company under the umbrella of the Oman Investment Authority.

The first trading session of the MSX after rebranding concluded on a positive note with the 30-share benchmark MSX30 index rising by 0.3 per cent to close at 3,720.07 points on Sunday.

The MSX recorded a sharp increase in trading activity with market turnover surging by over 80 per cent to RO4.12mn against RO2.28mn in the previous session on Thursday. Around 18.15mn shares exchanged hands on Sunday, over 65 per cent higher compared to the trading volumes recorded on Thursday.

A launch ceremony for the newly introduced brand of the Omani stock market was organised at the Muscat Stock Exchange on Sunday which was attended by Sheikh Abdullah bin Salem al Salmi, executive president of the Capital Market Authority (CMA) and other senior officials of the MSX and the CMA.

In a statement to Oman News Agency, Salmi said that the launch of the MSX is a quantum leap for Oman’s economy in general and capital market sector in particular. He added that Oman’s stock exchange and capital market have potential to play an important role in financing the economic development projects in the sultanate.

Expressing his hope about the future listing of new companies on the Muscat bourse, Salmifurther said that some government-owned companies may be offered for public subscription and listing on the MSX in the future.

In a statement issued on Saturday, Salmi had said that the transformation of Oman’s stock exchange into a closed joint stock company is the first step towards the transition of the MSX into becoming a publicly listed company in the future, keeping in line with the global best practices.

With its transformation into a closed joint stock company, the MSX aspires to take a leading role in the regional and international securities arena through various innovative initiatives aimed at developing the stock exchange with transparency, governance, improved companies performance, increased operational effectiveness and the issuance of new investment opportunities and instruments.