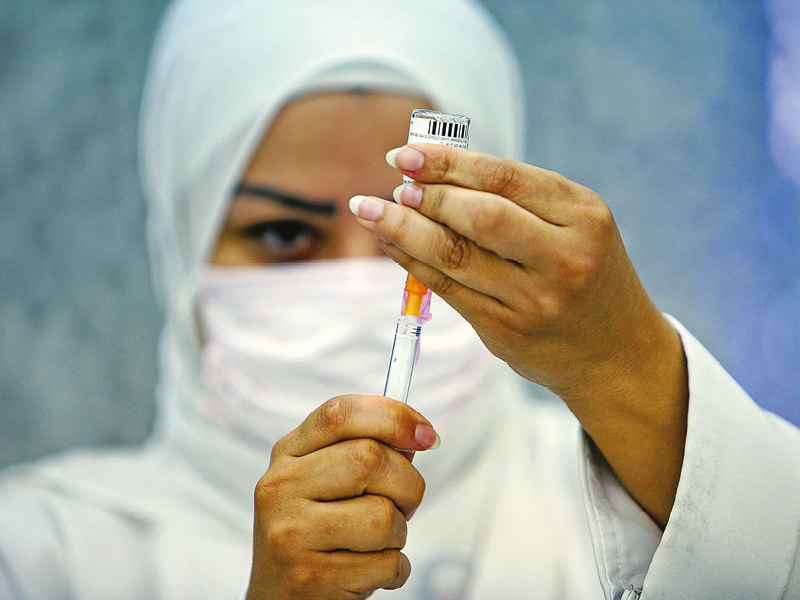 As part of its efforts to prevent the spread of COVID-19, the Ministry of Health (MoH) has signed several agreements to purchase 5.20mn doses of vaccines of which 222,600 will be procured in April.

Of the total, Oman will import 552,840 doses in May, and over 1.7mn doses in June. The MoH is negotiating additional 1mn doses of the Pfizer vaccine that are likely to arrive during the months of July, August and September.

In an interview with Oman Arabic Daily, Dr Nusaiba Habib bin Mohammed, Director General of the Directorate General of Medical Supplies at the MoH, said “Oman has received 254,740 doses of vaccines, including 111,540 from Pfizer and 143,200 from AstraZeneca so far.”

The sultanate has contracted with Gavi, the Vaccine Alliance, for the supply of ten per cent of its vaccine requirements. The first batch of 43,200 doses of AstraZeneca arrived recently.

A statement issued by MoH said, ‘The National Strategy for Immunisation with the COVID-19 vaccine aims to immunise 3.2mn people, equivalent to 70 per cent of the total population.’

It further said that the total number of vaccine doses needed is estimated at 5.4mn. ‘One dose will be given to those who have previously had the disease as it would be enough to provide sufficient level of immunity from the disease.’

The national strategy is set to two phases. The first phase that started in December 2020 running till June this year, aims covering 30 per cent of the population, which includes the most vulnerable groups. These include individuals who are 60 years and older, providers of basic services on the frontlines such as health workers, military personnel, employees in the educational sector, basic service providers of government agencies, patients with chronic diseases aged 18 to 50, and patients with immunodeficiency diseases.

The second phase targets 40 per cent of the population, including the least vulnerable groups, starting July to December this year. This phase will include students under 18 years, travellers on official missions, pilgrims and umrah performers, and individuals in the 18-50 years age group.