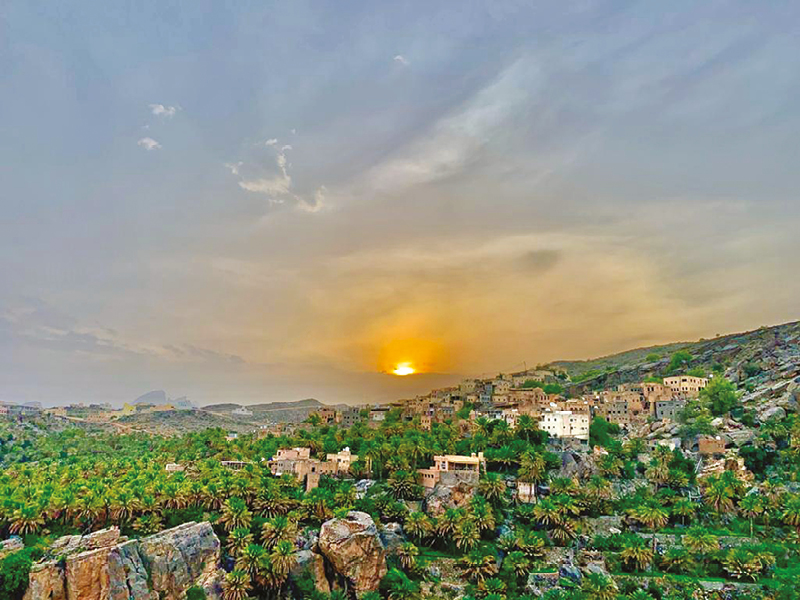 In an effort to boost tourism in the country, Al Misfat al Ahlia will build the country’s longest zipline in Misfat al Abriyeen in the wilayat of Hamra, Dakhliyah governorate.

Saeed al Abri, who is spearheading the project, informed Muscat Daily that the company recently signed an agreement with a private sector company to finance the zipline.

“The Ministry of Heritage and Tourism is the owner of the project site. Al Misfat al Ahlia is responsible to manage administration, operations and the technical aspects of the project which includes a 250m zipline for children and a 1,100m zipline for adults. It is expected to be implemented in 18 months,” Abri said.

According to Abri, the project has already seen several hurdles. “It faced technical and administrative challenges which forced the company to change the location of the project resulting in delays. The company has convinced the people of the village about the viability of the project. We are coordinating with the Ministry of Housing and Urban Planning to prepare a technical survey of the site to acquire land for the project.”

Abri informed that besides being an additional tourism attraction, the project will create job opportunities.

Al Misfat al Ahlia has also undertaken and completed a development plan for Misfat al Abriyeen to boost tourism in the area.

“Bank Muscat, in partnership with the Ministry of Heritage and Tourism and Al Misfat al Ahlia, had launched a project to develop the area. The project included the development of the old Misfat village which was implemented by Al Misfat al Ahlia. It created a unique tourism experience focusing on the old village, highlighting Oman’s tourism strategy based on a sustainable development model that benefits local communities and preservation of the country’s environment and cultural heritage,” Abri said.

He added that the main components of the development project included restoration of the main gate of Misfat al Abriyeen and preserving its original features.

“The village’s iconic mud houses were also restored, and a bakery and restaurant serving authentic Omani cuisine for tourists set up. The company completed the development of Misfat al Abriyeen in November 2020.”

The village receives thousands of tourists every year. It currently has six hotels and heritage houses offering more than 70 rooms.