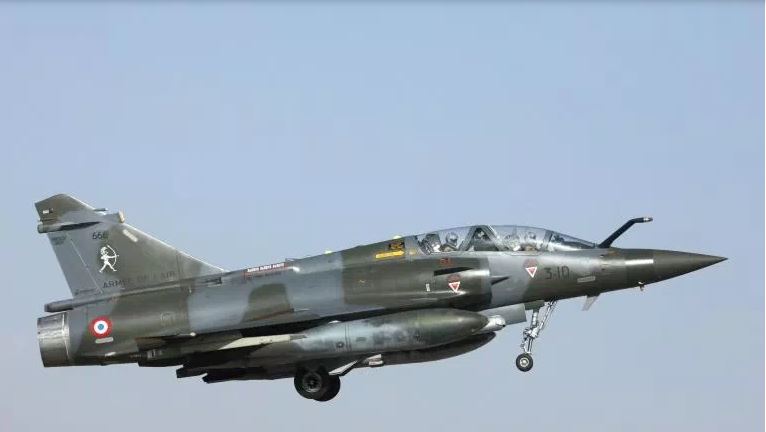 A French air strike killed 19 civilians in central Mali in January, a UN report said on Tuesday, prompting a strong denial from France.

The French airforce struck near the remote village of Bounti on January 3, in circumstances that sparked controversy in the war-torn Sahel state.

Residents of the village said the strike hit a wedding party and killed civilians.

In the incident’s aftermath, France’s military said it had killed jihadists, not civilians, and also denied the presence of a wedding party in Bounti.

The United Nations mission in Mali, known as MINUSMA, subsequently launched an investigation.

In a report summarising the probe’s findings, the UN said Tuesday a wedding had in fact taken place and had “gathered about 100 civilians at the site of the strike”.

It added that about five armed people, who are thought to be members of the jihadist group Katiba Serma, attended the celebrations.

In Paris, the French defence ministry stood by its denial, saying it “maintains with consistency and reaffirms strongly” that an “armed terrorist group” had been identified and attacked.

It also said it had “numerous reservations about the methodology” used in the investigation.

At least 22 people died in the French strike, of whom 19 were civilians, according to the probe. No women are children were killed.

“The group affected by the strike was overwhelmingly composed of civilians who are protected persons under international humanitarian law,” said the report.

“This strike raises serious concerns about respect for the principles of the conduct of hostilities,” it added.

The report also questioned whether the French military had enough time to ensure that its strike would not harm civilians.

“It appears difficult to discount the presence of civilians … in such a short period of time,” it said.

The UN report constitutes a rare criticism of the actions of French forces in Mali.

Mali has been struggling to contain an Islamist insurgency which first broke out in the north of the country in 2012 before spreading to the centre and neighbouring Burkina Faso and Niger.

France, the former colonial power, intervened in Mali in 2013 to beat back the jihadists, and now has some 5,100 soldiers deployed across the semi-arid Sahel region.

Central Mali, where the strike on Bounti occurred, is an epicentre of the brutal conflict.

The circumstances surrounding strike on January 3 were initially confused.

Several villagers told AFP after the strike that a wedding party was attacked by a lone unidentified helicopter, for example.

But the French military denied wrongdoing and said it had “neutralised” dozens of jihadists in a precision strike.

“The reports relating to a wedding do not match the observations that were made,” an army spokesman told AFP in January.

Much of central Mali is a war zone and it is extremely to independently verify accusations.

It denied that a wedding took place and added that “all information received in real time justified that the neutralised targets were confirmed military objectives”.

The strikes were carried out under Operation Eclipse, a joint operation gathering armed forces from Mali, France and the G5 Sahel, a coalition that includes Burkina Faso, Chad, Mauritania and Niger as well as Mali.

The UN report is based on 115 individual interviews. Investigators also conducted group interviews and about 100 telephone interviews.

It recommended that “Malian and French authorities conduct an independent, credible and transparent investigation” into the strike.

Such an investigation should, among other things, establish whether armed forces had broken international law, the UN said.

Six people were killed in the northeast of the vast nation of 19 million people on March 25.