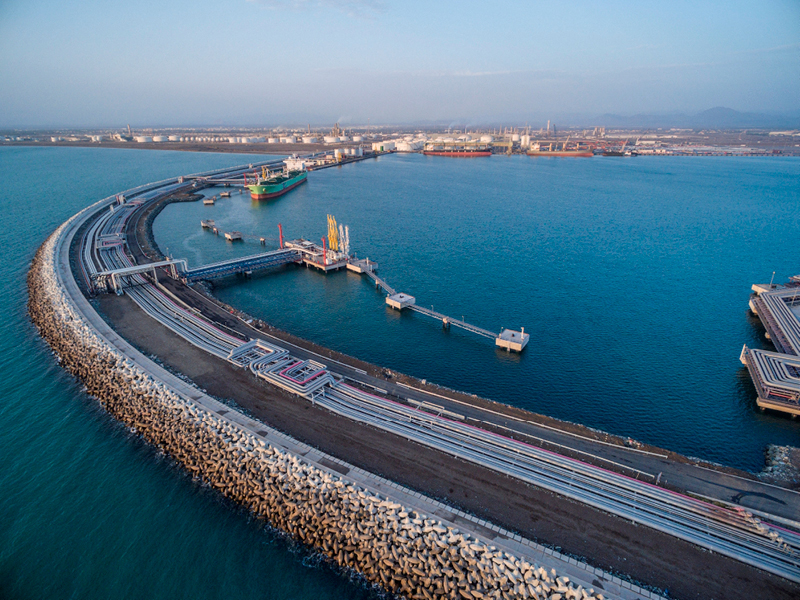 If you haven’t visited Sohar yet, now is a good time to take a trip there as the city has come alive in many interesting hues in view of recent developments which have given it a new identity and status. Once the home of legendary sailors like Ahmed bin Majid and Sinbad, Sohar is fast developing as a hub of commerce and poised to create innumerable opportunities for jobs and new businesses.

Sohar, a two-hour drive and 230km from Muscat, now houses Oman’s largest port and industrial complex which handles almost 60mn tonnes of cargo. Industrial activity in Sohar chiefly involves petrochemicals, metals, and energy, any many new expansion plans to add new industrial sectors are on the cards. Sohar Port South and Sohar Freezone are both in their second phases of development and considered one of the world’s fastest-growing port and free zone developments.

The interesting sights in Sohar are many. Facing the Gulf of Oman, the centuries-old Sohar Fort houses a museum exploring the city’s cultural and trading past. Sohar corniche stretches along the waterfront and is close qurters with a park, restaurants and a new fish market. To the west, lies the popular camel-racing track.

A seaside city, Sohar was once the capital of Oman and legend has it that it was named after the great grandson of Noah (of the Bibical flood). Originally known as Majan, which relates to ship building activity, the city was well known for copper mining because of the huge copper deposits in the mountains of Majan.
The Sohar Fort, a major landmark, was built in the 1st century A D and has five impressive towers. Also, destinations like Wadi Heebi, around 60km from the city, is considered a gook place for hiking and picnickers. The nearby village of Heebi comprises several ancient mud houses which take one into a different era while water supply comes from an old falaj that was used to irrigate local crops which includes vegetables, dates and papayas.

The old world charm of Sohar is now fast transforming into a more modern get up as a new chapter is being written to give it an unprecedented status as part of the modernising strides of the sultanate.

Sohar corniche provides a beautiful view of the Arabian Sea. One can enjoy  a cool walk on the sandy beaches of Sohar before visiting popular destinations like the Sohar Fort, the Sultan Qaboos Mosque, the handicraft market, etc. A host of new hotels have come up along te corniche to provide visitors and tourists a comfortable stay in Sohar.

Said to be built as way back as the 1st century AD, the Sohar Fort is perched atop a hill and has five towers on the hill top. In the vicinity are two parks – the Silver Jubilee Park and Sohar Park which are considered ideal for people to unwind or take a break from the busy pulse of industrial activity.

This souq is known for its explicit handicrafts which convey numerous tales about the culture and history of Sohar as well as the sultanate itself. People come to the handicraft souq to buy fancy household requisites as well as souvenirs. These include table top items as well as utilities and traditional ornaments. A visit to the souq definitely gives a true feel of the local culture and the hospitality of the populace.

Located near Sohar Beach Hotel, the municipal park in Sohar is extremely clean and neat – the ideal setting for a quite meeting or for a family picnic where families can relax and children can play. With facilities for visitors, like a jogging track, a play area, restaurants/coffee shops and washrooms, this park has become very popular among local residents and citizens as well as tourists, especially on weekends.

Designed in a fanciful way, the new Sohar Fish Market is one of the cleanest fish markets in the country. Most visitors to Sohar make it a point to visit the fish market, even if they do not intend buying anything from there. The vendors in the market sell a variety of fish and other seafood caught straight out of the sea.

The camel racing track in Sohar is one of the most frequented places by tourists and visitors as it provides interesting entertainment in Sohar. If one is lucky, watching camel races during a trip to Sohar will be a highlight of the visit, with memories and photographs to cherish. Local guides provide information about camel races for visitors to assemble at the right time. Witnessing camel racing is a unique experience available in this part of the world wherein the jockeys dressed in colourful traditional attire enthrall spectators with their sheer mastery astride the camels.