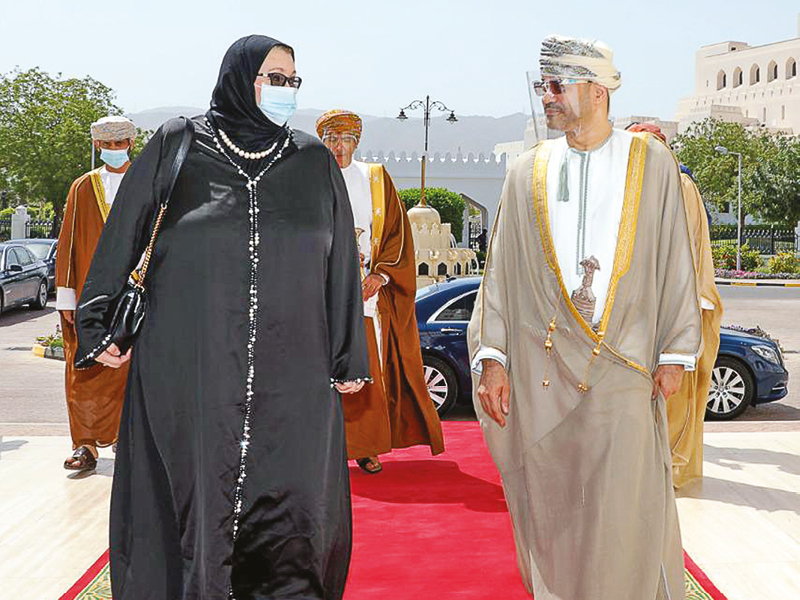 Dr Bisera Turkovic, Deputy Chairperson of the Council of Ministers and Minister of Foreign Affairs of Bosnia and Herzegovina, asserted the importance of official visits to support ties between Muscat and Sarajevo, and said more interaction is needed to identify the areas of collaboration between the two countries.

In an exclusive interview with Muscat Daily while on her visit to Oman last week, Dr Bisera, who referred to Oman as ‘a hidden gem’, said, “We need more interaction at the top government and official level to identify the areas of cooperation between the two countries for strong bilateral relations.”

She added that the last visit of officials from Bosnia to Oman happened nine years ago.

“Now I hope Oman’s foreign minister will visit Bosnia and Herzegovina as soon as travel conditions are better. We would love to have a representative of Oman being present there,” she added.

Dr Bisera said her visit to Oman aimed at enhancing ways of applying the dynamics of diplomatic contacts between the two countries and bilateral consultations.

“However, we do have people-to-people contact. Business people from Oman come to Bosnia and Herzegovina for investments. They are not in large numbers though,” she said.

She was of the view that Oman needs to open up for Bosnians who are good travellers.

“Oman needs to abolish visas for them because Omanis do not need visa to travel to Bosnia. We are secure travellers. All these have been discussed during my meetings with Oman’s foreign minister. Also, discussions were held with Oman’s commerce minister on how to further boost economic ties,” she said.

Dr Bisera said in order to attract more tourists Oman needs to abolish visa for people who do not present any sort of threat.

“There is a need for the country to increase visibility. People do not know much about its beauty. So, Oman needs to be more aggressive to attract visitors,” she said.

Currently, its is not easy for Bosnians to travel to Oman.

“For us, if we need to get Oman visas, we need to travel to Rome, Italy, which is expensive. With that money people can travel directly to Oman if visas are abolished based on reciprocity of our two countries,” she added.

“I must say that Bosnians are good tourists and they love travelling a lot and they like to explore. If Oman opens up for them, it will be good for the sultanate because they will spread the word about it to the 20mn people of the Balkan region,” Dr Bisera said.

On Oman being an international peacemaker, Dr Bisera said, “Oman has proven to be a good peacemaker as it has kept friendship with any opposing geopolitical player.

“The world needs to learn from Oman’s leaders who very skilfully preserve their positions while at the same time preserve peace in the interest of the region and the world.”

A session of political consultations between Oman and Bosnia and Herzegovina was held at the Foreign Ministry on Thursday.