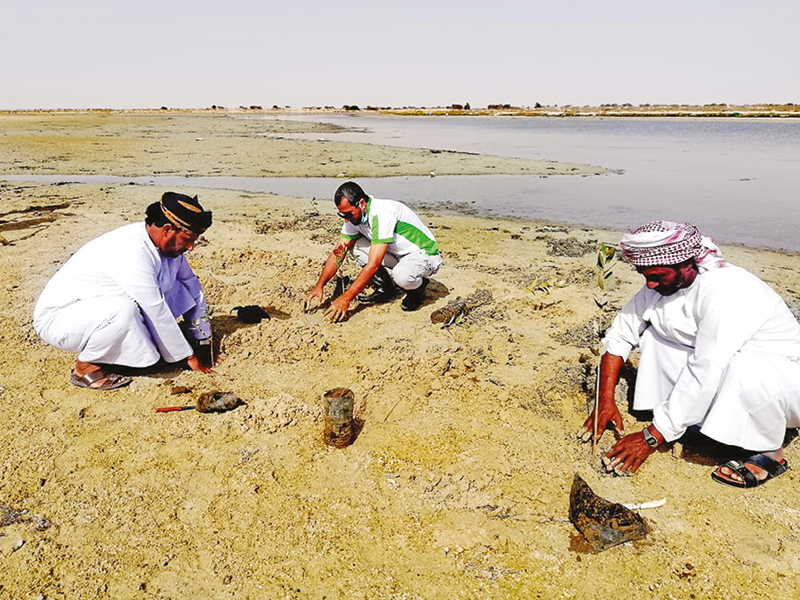 The mangrove plantation campaign was conducted in Khor Qyaisd in the wilayat of Al Jaser, said Badr bin Saif al Busaidi, a specialist in the Environment Department in Al Wusta.

The Environment Department in Al Wusta conducts several awareness campaigns among members of the community on the importance of mangrove trees and their benefits to humans. It also discusses the main factors for the growth of this type of trees and some of the threats and dangers faced by them, Busaidi said.

“The campaign was a part of a project which started in 2001 and aims to cultivate 1mn seedlings of mangrove trees on sultanate’s coasts within 20 years. The authority has already planted over 680,000 saplings in 30 khors in various coastal areas,” he added.

Busaidi added that mangroves purify the atmosphere from harmful gases and store them in the soil, especially carbon dioxide, which is threatening many countries of the world as it is a basic element in the direct impact of the phenomenon of climate change.

The continuity of work in preserving environmental systems in accordance with internationally approved standards and measures will have a significant positive impact in creating a sound environmental balance, he said while emphasising the importance of community participation and solidarity in preserving these ecosystems.

In January 2020, EA in cooperation with Petroleum Development Oman, launched an initiative to plant 10mn wild tree saplings in the next ten years.

The authority said that the wild tree species will include ghaf, al samar and sidr, for which nurseries are being set up.