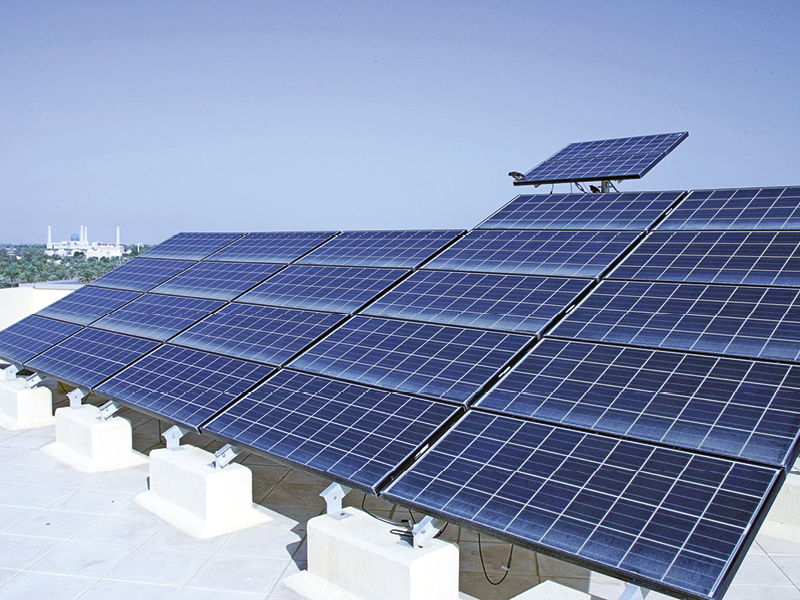 Funded by The Research Council, which is now under the Ministry of Higher Education, Research and Innovation, in 2011, the research looks for an appropriate starting point and developments to use renewable energy in Oman that may lead to a zero-carbon scenario. It explores solar energy to produce electricity through a variety of methods, including photovoltaic (PV) systems, or solar cells, which have shown great success.

Implementation of PV systems has shown that their reliability and efficiency depend on several factors, the most important being location (latitude, longitude and solar intensity), environmental (temperature, wind, humidity, pollution, dust, rain etc), and type of PV used.

The research shows that prior to committing to large PV projects, a thorough investigation of the above factors is essential. Its observations are available as reference for any company planning to use PV systems in Oman, particularly in Sohar.

Achievements of the research project include publication in 33 papers and journals, listing in Web of Science and SCOPUS, and registration for a patent. The research is also helping train more than 200 Omani students on solar energy systems (design, operation and maintenance) in addition to establishment of a laboratory – Renewable Energy Lab – and installation of solar PV systems (standalone type, grid-connected type and solar tracking type).

Elaborating on the success of his research project, Kazem informed that it was also feted by the World Renewable Energy Congress 2016 in Indonesia and that he received the ‘Pioneer of Renewable Energy’ award – one of the most prestigious awards in renewable energy for it.

Among the most important findings of the research are the optimal tilt angle for installation of PV cells in Oman, type of dust and their effect on solar PV systems, effect of Omani climatic conditions on PV systems, and the development of a computer programme to determine the optimal size of PV systems in the sultanate based on the type of electrical load.