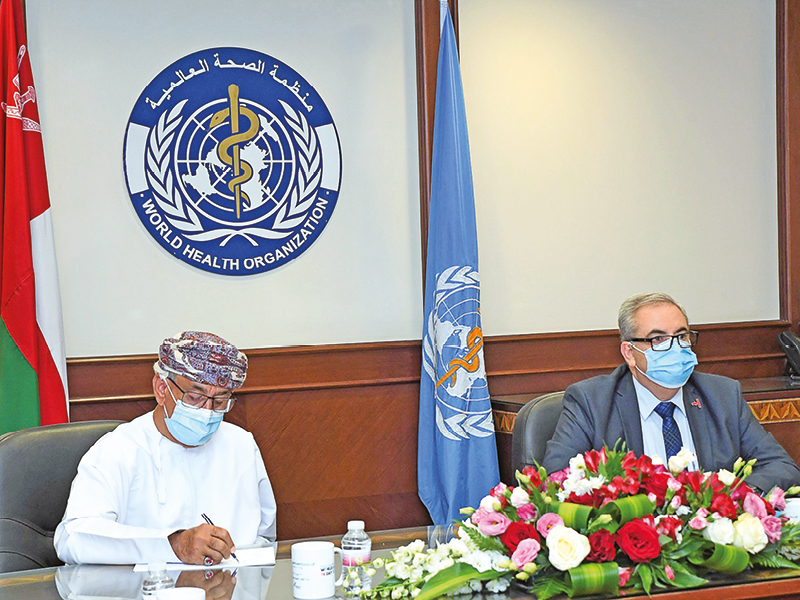 The Ministry of Health (MoH) on Wednesday launched the National Strategy to Eliminate Tuberculosis (TB) under the theme ‘It’s time to End TB’ in conjunction with the World TB Day at the World Health Organization (WHO) office in Muscat.

World TB Day is observed on March 24 every year.

The launch ceremony was held under the auspicious of H E Dr Ahmed bin Mohammed al Sa’eedi, Minister of Health, in the presence of Dr John Jabbour, WHO’s representative in the sultanate, and a number of senior officials.

Every year, the sultanate participates in the celebration of World TB Day to raise public awareness on the devastating health, social and economic consequences of TB and to intensify efforts to end it.

The choice of the day comes in memory of the day in 1882, when Dr Robert Koch announced his discovery of the tuberculosis causing bacteria, paving the way for the diagnosis and treatment of the disease.

He added that most of the cases are among expatriates despite the examinations carried out for them before their entry into the sultanate.

The minister stressed that the sultanate pursued the diagnosis and treatment of expatriates infected with TB for free, which contributed to reducing the domestic spread of the disease. He indicated that as for Omanis, TB was among the advanced age groups and those who are infected with other chronic diseases.

H E Dr Sa’eedi clarified that the sultanate is one of the few countries and the only country in the East Mediterranean Region that was chosen to be a model in the elimination of TB.

He added that through cooperation with the WHO and other sectors, a strategy has been developed to eliminate tuberculosis before 2035. He also pointed out that in 2019 in a high-level meeting held in New York, the sultanate was chosen to be among three states to eliminate TB.

Dr Jabbour stated that the sultanate is one of the countries with a low rate of TB infection, which is a result of cooperation, combined efforts and harnessing available potentials to achieve the goal of elimination of the disease.

According to WHO, TB remains the world’s deadliest infectious disease, with more than 4,000 people dying every day and nearly 30,000 others becoming ill, prompting the United Nations to include the eradication of TB initiative among the health goals set out in the Sustainable Development Goals.

The aim of the National Strategy to Eliminate Tuberculosis, which will be implemented in stages, is to reduce the incidence rate to less than 100 per million by 2035 to reach the pre-elimination phase of tuberculosis by reducing the incidence rate by 90 per cent and mortality rate by 95 per cent compared to the epidemiological situation in 2015.