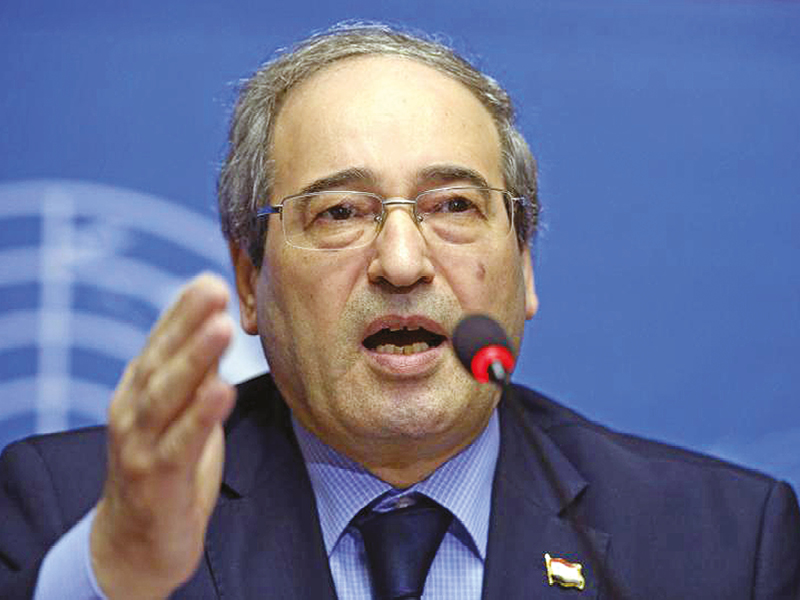 Dr Faisal Mekdad, Syrian Minister of Foreign Affairs and Expatriates, has described Oman’s stand on the Syrian crisis as ‘positive’ and ‘precise’ because it stems from the enlightened thought of His Majesty Sultan Haitham bin Tarik.

In a statement to Oman News Agency (ONA), Dr Mekdad commended Oman’s balanced and sustained policy and its sense of responsibility which, he said, earned the sultanate the respect and appreciation of the world. He valued the efforts exerted by Oman to end the Syrian people’s suffering caused by the war.

Dr Mekdad said that his visit to the sultanate was the first to be made to an Arab state after his appointment as Minister of Foreign Affairs and Expatriates. The visit, he added, aims to deepen ties between the two countries and peoples. He underscored the sultanate’s role backing the stabilisation of Syria to help allow the country address its Arab, regional and international concerns.

Speaking about the return of Syria to the Arab League, Dr Mekdad said, “Syria is the pulsating Arab heart. Syria has not exited the Arab League through Arab consensus.” In this context, he observed that “blaming the conditions in Syria will only prolong the Syrian crisis”, adding that his country’s absence from the Arab League is “a shortfall in joint Arab action”.

Asked to comment on efforts towards Syrian reconciliation, Dr Mekdad said that the government of his country works for the Syrian people and for the realisation of their aspirations. The government is willing to engage in dialogue with the opposition to outline tracks for shouldering responsibility and advancing the interests of the Syrian people, “except the foreign-funded terrorist organisations”, which he said “cannot be accommodated because they carry foreign agendas”.

Dr Mekdad welcomed the return of more than 3mn refugees to Syria saying, “We are for the unconditional return of Syrian refugees because they actually come back home.”

At the conclusion of his statement to ONA, Dr Mekdad deplored the Israeli attacks on Syria, saying that the strikes cannot go on forever.

He affirmed that the Syrian Arab Army confronted the offensives by downing many missiles. While Israel made no gains on the ground, particularly along border areas, 40 missiles were intercepted in the recent attacks.