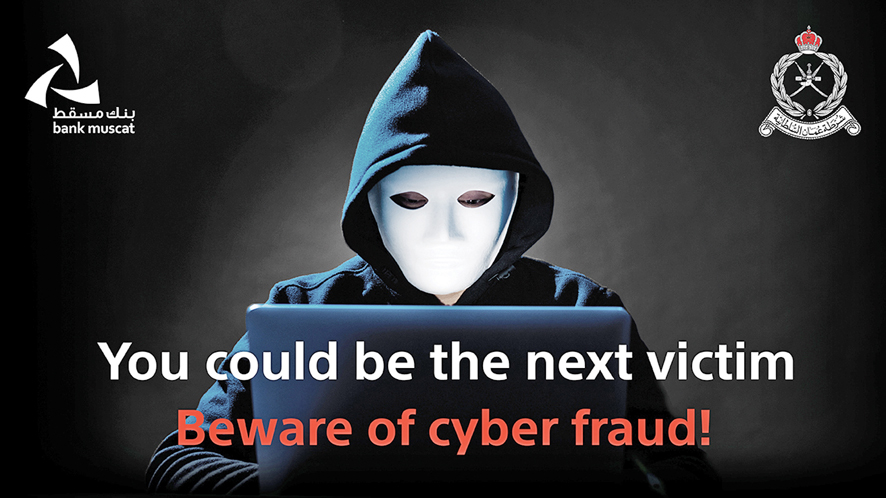 In recognition of its prominent role in anti-fraud awareness, the General Secretariat of the Council of Arab Interior Ministers announced on the sidelines of the 44th Conference of Arab Police and Security Leaders 2021 that the sultanate represented by Royal Oman Police (ROP) has won the Award for the Best Awareness Film in Combating Cybercrimes.

On this occasion, Bank Muscat congratulated the Royal Oman Police for the great achievement and said that the bank will continue to be a proud partner in this awareness campaign, which has been running since its launch in 2019. The campaign, which included educational material in the form of editorials and videos in print, digital and social media has been playing a key role in enhancing awareness among the general public in Oman about cyber fraud and extortion.

Cases of electronic fraud have been increasing globally over the past few years and often cause tremendous financial and psychological harm to both individuals and businesses alike.

The joint campaign by the ROP and Bank Muscat advises people to always verify who they are dealing with before conducting a transaction, and also follow ‘best practices’ for their digital safety. The awareness campaign is being carried out using various methods including Oman TV, radio, print, online media, and various social media channels. The messages of the campaign provide examples of how fraudsters are perpetrating fraud and the consequences of sharing personal or banking data with others. This is especially true when making purchases through the Internet. Times of global emergencies are almost always exploited by fraudsters for financial gain. Hence the general public should stay alert at all times and follow safe banking practices including not divulging their banking details to others.

The bank also pointed out that fraudsters can at times pose as bank officials and try to persuade their victims to share OTPs, CVV numbers, passwords and PINs of bank accounts and credit/debit cards. Once these details are shared, the victim’s bank account can be accessed by the fraudster and funds transferred out of the account. Hence, these should never be shared with others including those claiming to be bank employees.

Bank Muscat has been collaborating regularly with a number of institutions and authorities to enhance public awareness about electronic fraud. The bank has reminded the public that they can contact the ROP at the toll free number 800777444 for advice and queries.