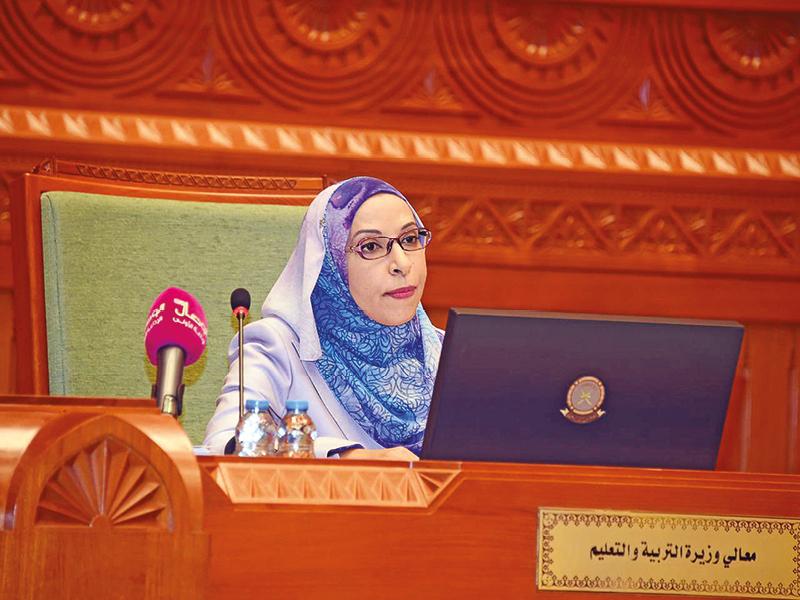 H E Dr Madiha bint Ahmed bin Nasser al Shibaniyah, Minister of Education, has said some of the ministry’s employees involved in embezzlement of funds had been referred to the court.

“Penalties were issued against the offenders and efforts are underway by the Public Prosecution and the Ministry of Finance to retrieve all the embezzled funds,” H E Dr Madiha said at a Majlis A’Shura meeting on Sunday.

She also said the ministry’s operational budget had witnessed some fluctuations as a result of the decline in government revenues since 2014.

“There will be a need for about 2,800 employees to cover the needs of 196 new schools that will be operated during the Tenth Five-Year plan,” she said.

The percentage of Omanisation in private schools has reached 43 per cent for teaching jobs and 73 per cent for administrative jobs, she revealed.

As far as studies are concerned this year, H E Dr Madiha said students preparing for grade 12 exams will have their classes as per blended education method while the rest of the classes will be held remotely.

“The plan may change according to the epidemiological situation of the pandemic,” she said.

“Our priority is to provide quality education to our children despite numerous challenges faced, especially during this pandemic.”