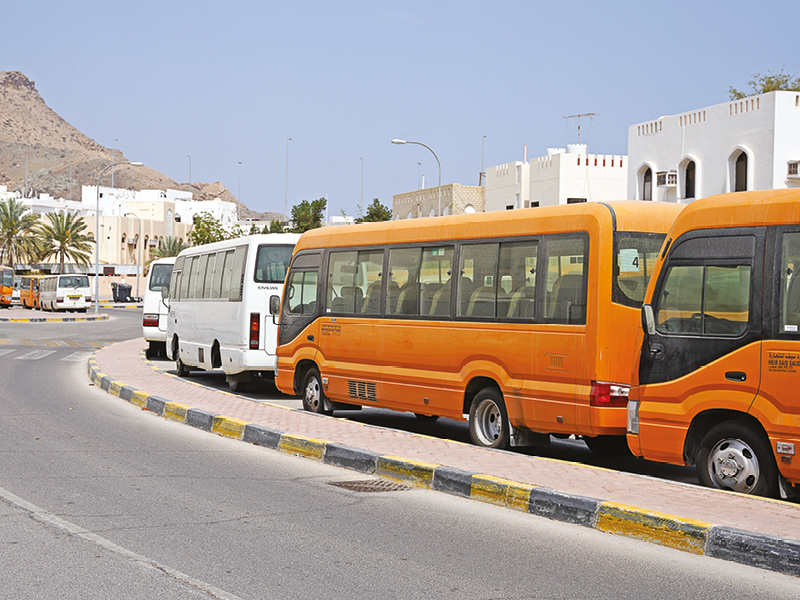 Most business activities that were suspended as a precautionary measure have resumed with probably the only exception being school transport services. School transport providers have borne the brunt of the pandemic as schools adopted online education.

One of earliest decisions announced on March 15, 2020, by the Supreme Committee to tackle the spread of the pandemic, it brought businesses of school transport providers to a grinding halt. Those engaged in the business have pinned their hopes on relief measures aimed specifically at them as the only way out of the crisis.

“We are dead,” exclaimed Mohammed Ashraf, owner of a school transport service. His company operated a fleet of 120 buses transporting over 5,000 students every day. “Some schools have started classes for higher grade students, but not at full capacity. Currently we transport around 100 students per day in only seven buses,” Ashraf informed.

To cut outgoings at a time of no or little income, Ashraf downgraded the insurance policies of his vehicles from comprehensive to third party and decided not to renew vehicle registrations. “I know there will be fines for non-renewal of vehicle registration, but I have no option in these circumstances,” Ashraf claimed.

N S Rajeev, who runs a fleet of 65 buses, has had all his vehicles standing in a parking lot for a year now. “Schools are closed and our buses are not plying, but we still need to pay the full insurance premium besides cost of vehicle registration,” he said.

Bemoaning the fact that there is no relief from insurance companies, he also noted that a waiver of one year for vehicle registration fee on commercial vehicles will support the sector.

Like others in the sector, George A, who owns six buses, hasn’t found a way out of the situation but thought it best to clear official dues. “What to do?” he asked perplexed. “We can’t leave our buses parked without insurance, so we renewed the insurance and vehicle registration.”

Cutting costs to keep the business afloat, George vacated his rented apartment in Muscat and temporarily moved to his hometown in India. “It’s been five mon-ths now, I’ve been living in India. But I must return to Oman soon to avoid cancellation of my visa.” Besides high airfares, institutional quarantine is an additional cost he now has to deal with.

Unable to manage in these circumstances, Rajeev decided to extend a hand back home. “I arra-nged funds from India to keep the business and to survive.”

Idress al Amri, owner of Al Roya National Transport, who owns a fleet of 55 buses, has been luckier, owing to the fact that his business didn’t rely entirely on school transport. “We provide services to hotels and construction companies too, besides owning other businesses. That helped me survive the losses caused by the pandemic and resultant closures.”

Business is beginning to return, if only trickling back, for Amri with some schools conducting classes for senior grades at 50 per cent capacity. “We are hopeful, inshallah, slowly things will get better,” he said, a common refrain for all.

“As per Central Bank of Oman’s directives, banks and finance companies announced a six-month loan deferment package, but they added an extra six-month interest period to my loan,” Ashraf claimed.

Faced with increased installments, when Rajeev enquired about the higher amounts, his finance company apparently told him, ‘If you have a problem, clear all the dues otherwise legal action will be taken against you.’

Amri informed that schools clear all dues as per contractual terms, but for most transport owners, besides contracts with the schools, the accepted practice with individual students’ parents was verbal agreement.

As a result of this informal agreement, George has incurred huge losses.

“Many people left the county without clearing dues,” he said.

“And some who are in the country are making excuses about non-payment or delayed salaries. This has put immense burden on our financial situation.”

Rajeev is faced with the additional challenge of claiming his dues from some schools too.

“Our contract term with Indian schools is from April to March, so we could not renew contracts because the closure of schools was announced in March 2020. And there are other international schools, which despite having contracts, are not paying the dues. I am now considering legal action.”

At his wits’ end, George urged parents who owe him to remember the fact that his school bus staff treated their children like their own.

“Now they are creating these problems for us by not paying our dues,” he said.