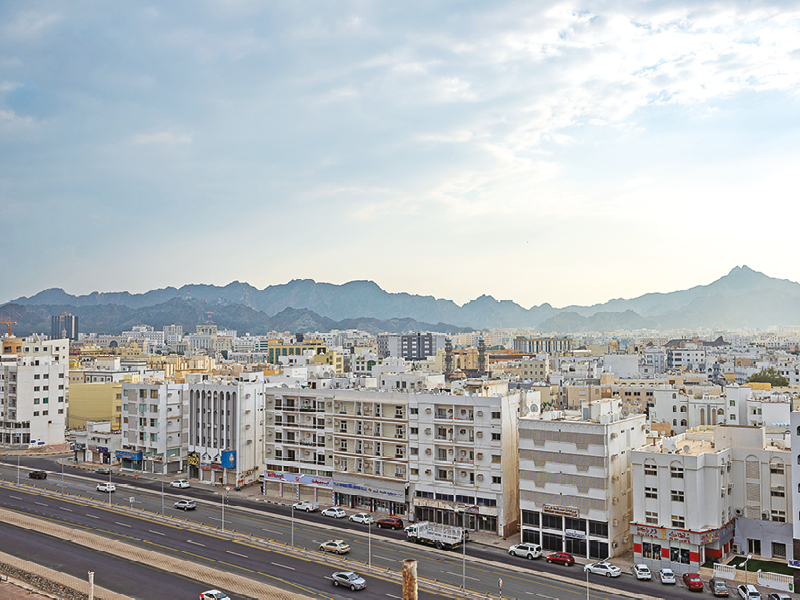 The National Urban Development Strategy (NUDS) is the basic guide for the future of urban life and an enabler of Oman Vision 2040, according to H E Dr Khalfan bin Said al Shu’aili, Minister of Housing and Urban Planning.

The cities of Muscat, Sohar and Duqm will play a pivotal role in enhancing trade with neighbouring countries and expanding access to global markets.

“The strategy contributes to directing investment and development to the appropriate sites in order to achieve integration and harmony between development activities and provide the necessary incentives to enhance social and economic prosperity while preserving the environment for future generations,” said H E Dr Shu’aili.

“The NUDS is the basic guide for the urban future as it is a spatial template into which various development programmes pour in in an integrated, balanced and multidimensional manner.”

H E Dr Shu’aili noted that the general features of the strategy aim to increase the national workforce to 32 per cent, which is expected to be 3.9mn in 2040, and the percentage of skilled workers to 83.

He also stressed that the strategy aims to increase annual GDP growth by five per cent, contribution of foreign direct investment to GDP by ten per cent, percentage of the population with access to community services by 75 per cent, public spaces for recreation in urban areas by 10sqm/person, and prepare for demand for additional 911,400 housing units.

“The urban strategy also seeks to make Muscat a global city by 2040 – a national gateway that connects the sultanate to the world. The population of Muscat governorate will increase to 2.5mn in 2040, with a total workforce of 1.7mn of which the national workforce will be 75 per cent. The projected average GDP growth in the governorate will be eight per cent annually,” H E Dr Shu’aili informed.

He also indicated that the population of South Batinah will be 1mn, with a total workforce of 551,000, of which the national workforce will account for 50 per cent. The projected GDP growth in the governorate will be 9.4 per cent annually.

The urban strategy for North Batinah includes a plan for it to become one of the main centres for international trade and play a major role in conducting various economic activities by 2040.

Buraimi governorate is projected to be a pioneer nationally in the field of research and employment of green technology. The governorate’s population is expected to reach 182,000 in 2040 with a workforce of 100,000, of which 22 per cent will be citizens.

Dhahirah governorate will witness a growth in the fields of logistics, applied engineering, food processing and agricultural advancements.

Its population is expected to touch 290,000, while Dakhliyah will become a centre for science, culture and knowledge, and its population growing to 655,000.

South Sharqiyah governorate will become a hub for fishing activities characterised by sustainability and innovation.

Its activities will include fish breeding, production, processing and marketing of fish from the sea and farms. The governorate’s population is expected to be 391,000 people by 2040.

“North Sharqiyah will become a national centre in the field of applied engineering, advanced technologies and entrepreneurship clusters. It will contribute to creating job opportunities and its total population will be 365,000 people by 2040,” H E Dr Shu’aili said.

According to the minister, Al Wusta will be a regional and global centre for port services and businesses by the year 2040 and its population will reach 250,000.

The governorate’s primary focus will be on generating added value from the manufacturing and petrochemical industries in addition to a large complex dedicated to fisheries.

“Duqm will represent a vibrant centre for businesses,” the minister said.

“Dhofar will witness economic growth in the free economic zone and airport, and will also be a major contributor to food security of the sultanate. The total population of the governorate will reach 600,000 and the expected growth of GDP will be 3.1 per cent annually. Musandam governorate will witness economic and social developments and improvements of its population’s living standards by 2040,” H E Dr Shu’aili said.