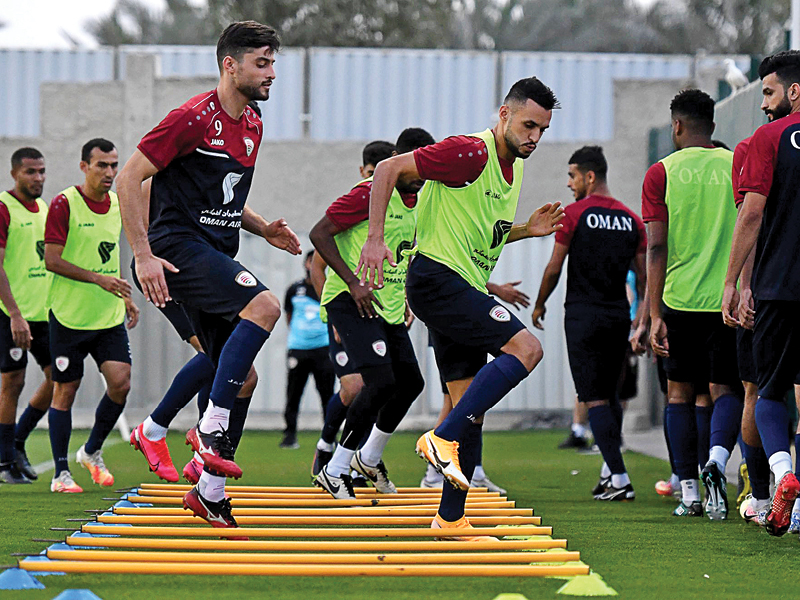 Oman and Dhofar Club striker Omar al Malki went into mandatory isolation on Saturday after he tested positive for COVID-19 in Dubai, UAE, following the RT-PCR test results of the national football team that were revealed  on Saturday.

The Red Warriors, under coach Branko Ivankovic, had left for Dubai for a 14-day camp on Thursday.

Oman Football Association (OFA) confirmed that only one player had tested positive in Dubai while the rest of the team and the support staff had all tested negative.

Speaking to Muscat Daily from Dubai on Saturday, a top team official told Muscat Daily, “Omar al Malki  is the only player who tested positive. The rest of the team and the support staff have been given all clear and we already had couple of training sessions under coach Ivankovic.”

Earlier, ahead of the team’s departure on Thursday, Dhofar Club’s striker Khalid al Hajri, the hero of their recent tenth HM’s Cup title, and Dhofar captain Ali Salim al Nahar, failed the COVID-19 RT-PCR test and had to abandon their trip.

The national team is currently preparing for the joint 2022 FIFA World Cup and 2023 Asian Cup qualifiers.

Oman is currently second in Group E with Asian champions and World Cup hosts Qatar leading the table. Also in the group are India, Afghanistan and Bangladesh.

Oman is due to play their remaining qualifiers against Qatar, Afghanistan and Bangladesh in Doha, Qatar, in June after the Asian Football Confederation (AFC) confirmed on Friday that the Group E  qualifiers will be played at the centralised venue in Qatar.

As part of the build-up for the June qualifiers, Oman will play two friendlies in Dubai during the ongoing camp. They take on Jordan on March 20 and then play fellow Group E contestant India on March 25 before returning home.