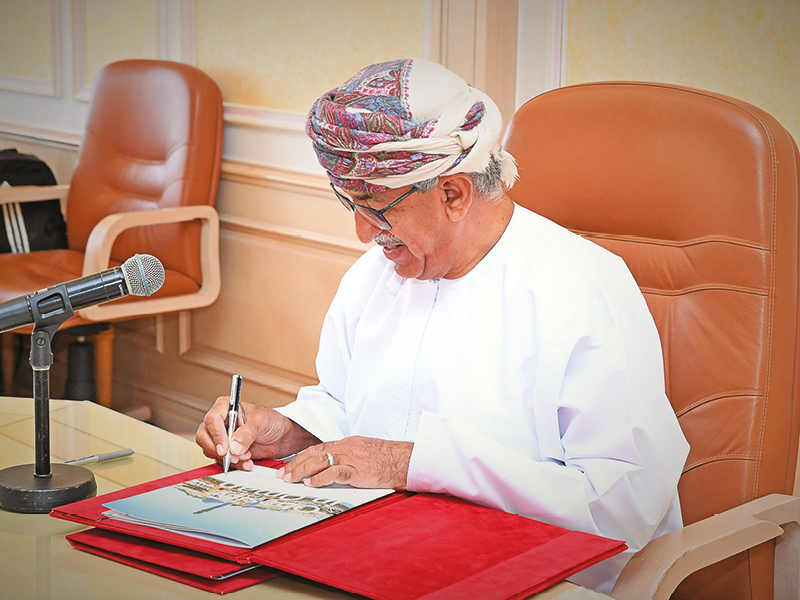 Coinciding with the celebrations of World Obesity Day, a book titled Obesity in Oman, a Major Public Health Challenge was launched on Sunday at the Ministry of Health (MoH) headquarters.

The event took place through a virtual event held under the auspices of H E Dr Ahmed bin Mohammed bin Obaid al Sa’eedi, Minister of Health, with the attendance of a number of health practitioners and industry leaders from the MoH and others.

The book has been developed as a collaboration between the National Diabetes and Endocrine Centre (NDEC), the Department of Non-Communicable Disease, the Department of Nutrition, the Oman Diabetes Association and Novo Nordisk, a Danish multinational pharmaceutical company.

H E Dr Sa’eedi said, “Oman faces a rise in the burden of obesity among its population. More than half of the Omani population are now overweight or obese with 30 per cent of the population having a BMI of more than 30. These figures show a rise in the prevalence of obesity in Oman since the last survey in 2008, especially amongst women.”

H E Dr Sa’eedi pointed out that there is increasing recognition worldwide that obesity is not only a problem of individuals but also of society. It affects the life of the individual and is devastating in terms of the economic impact and cost of treating people and the loss of productivity.

“The causes of obesity are complex but one of the key drivers is the way we eat and how much we move about as a result of changes in our environment, unhealthy processed food and the technology that promote sedentary lifestyles.

“Unfortunately, convenience has led us to adopt an unhealthy lifestyle, which in turn has led to obesity. Even though there is no simple or single solution to obesity, if we are to fight this escalating crisis in our societies, a coordinated response that goes beyond the health sector is crucial.

“Only through the engagement in multi-sector dialogues and relentless commitment to work together on reducing the burden of obesity can we promote health and prevent disease.”

“The importance of population-based changes in the socio-environmental variables that influence energy intake and expenditure cannot be stressed enough. Marketing restrictions, dietary guidelines, policies that focus on improving environments like schools and workplaces are only but some of the many interventions that should stop the drastic spreading of obesity,” H E Dr Sa’eedi added.

H E Moesby said, “It is vital to combat the impact of this disease in the Sultanate of Oman and the MENA region at large. Obesity is a serious, chronic disease that affects more than 650mn people around the world. An essential part of this initiative is in line with our commitment to forming partnerships to develop and implement practical solutions to address the obesity challenge.”

Dr Akin Aksekili, vice president of Novo Nordisk Gulf, emphasised the global burden of obesity, stating, “At Novo Nordisk, our long-term vision is to combat obesity among societies. We are committed to improving the understanding and management of obesity in collaboration with the Ministry of Health.”

Dr Noor al Busaidi, director, NDEC, gave an in-depth overview of the book that focuses on the impact of obesity.