Best destinations to travel in the Middle East in 2021 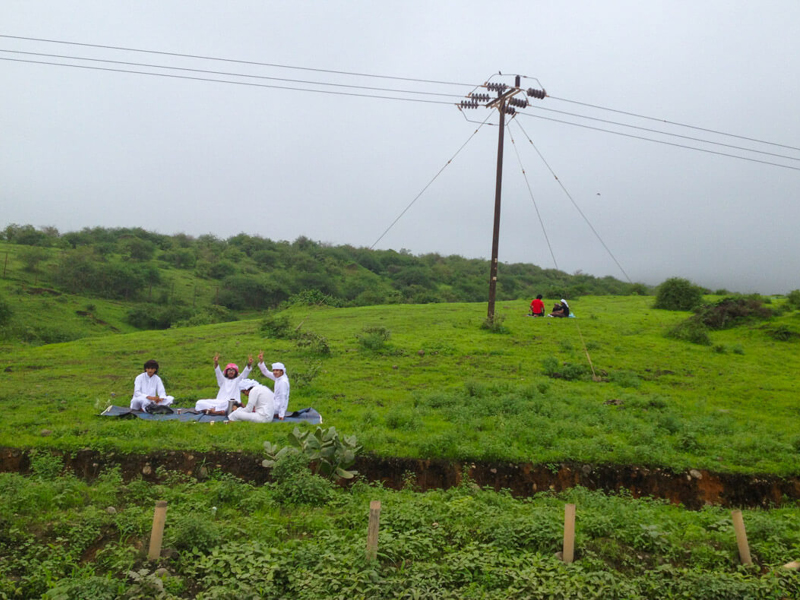 Joan Torres, popular travel blogger and author of  ‘Against the Compass’, a well-established brand aimed at promoting emerging tourism destinations, has compiled a list of the 25 best places to travel in the Middle East in 2021, in which three destinations of Oman figure (Dhofar, Salalah and Musandam).

“These choices are based on their level of security, historical importance, and natural beauty. My objective is to show you not only that the Middle East is a safe place to travel to, but I also want you to see the huge natural and cultural contrast between countries and the relevant role they have in our history,” says Torres.

Glimpses about 12 of Torres’ top 25 were published a fortnight ago. The remaining 13 are featured here:

The Dead Sea – The lowest point on Earth

Occupying territory in both Israel and Palestine and Jordan, the Dead Sea is the lake with the highest salt density in the world and also, the lowest point on Earth, 430 meters below sea level. Such is the high concentration of salt that animals and plants can’t live in it, hence the name.

Swimming in the Dead Sea is totally fine and, due to the high density of the water, sinking is almost impossible. Along the coast of the Jordanian side, there are several hotels and resorts where one can chill on their beaches and have a mud bath.

Liwa Oasis – The purest image of the Gulf

Around 500 years ago, a group of bedouins tapped underground, freshwater recourses to cultivate dates and, as a result, several villages and settlements appeared in the area, which we currently call Liwa, the birthplace of the Nahyan family, the current ruling family of Abu Dhabi and the UAE.

Since then, and over the years, the cultivation of dates in Liwa has been a key factor in the region’s economic development

Liwa is located in the south of UAE, next to Saudi Arabian border and on the edge of the Empty Quarter, a huge desert spread across UAE, Yemen, Oman, and Saudi Arabia, and considered the largest (continuous) sea of dunes on Earth, whose end can’t even be seen from the furthest horizon.

The Citadel of Aleppo

Before the war, Aleppo used to be the largest and most touristic city in the country. Being a few thousands years older than Damascus, the Citadel and Old City of Aleppo have been mostly destroyed by the Civil War but after the liberation of the city in 2017, but the reconstruction has already begun and Syrians are moving back and shops are, very slowly, reopening.

In a matter of years, the beautiful city of Aleppo will return to its maximum splendour.

Dahab is a lovely touristic beach town inhabited by Bedouins in the Sinai peninsula, which is considered the most backpacking-friendly place (and probably the only one) in the Middle East.

For decades, Dahab has attracted travellers from all over the world for having some of the best diving spots in the country. In Dahab, one comes for two things: either scuba diving or doing literally nothing, as it has this laid-back atmosphere that consists of going to the beach, relaxing and eating at the several seafood restaurants.

Besides, due to the massive drop of the Egyptian pound, in Dahab, you could easily rent a full apartment (2 beds with Wi-Fi) for less than US$9 a day.

If making a trip to Lebanon to visit the ruins of Baalbek sounds too hardcore for you but you still want to travel to the Middle East, perhaps you should consider visiting Jerash, another of the greatest Roman ruins outside of Italy. Constructed in some of the most fertile valleys in the region, Jerash oday comprises green, rolling hills filled with olive and fig trees.

The location, therefore, is not a coincidence because, when it was built around 2,000 years ago, the Romans wanted to make it a great city due to the richness of the land.

Musandam – Norway of the Middle East

A rocky desert land composed of stunning fiords, cliffs and one of the largest varieties of wildlife in the Middle East, Musandam (often called the Norway of the Middle East) is a piece of territory north of the UAE, projecting into the Strait of Hormuz, but belonging to Oman.

Musandam is a pretty common destination among expats living in Dubai but still, the area remains pretty untouched. Along the coast, you find several beaches only occupied by the local Omanis, who like to gather with their families for barbecues during the weekends. Expect several families to invite you to join them.

In Musandam, you could also rent an abra (a local traditional boat) to sail around the fiords and observe the wildlife. Meeting dolphins is almost guaranteed and, if you are into snorkeling, you can see that the deep and dark waters of Musandam are also home to coral, turtles and manta rays, among other things.

Hebron – Most troubled city in Palestine

This means that both religions share an important holy place but, on top of that, Hebron also happens to be the only city in Palestine where Jewish settlements are within the city itself.

In the old part of the city, the local Palestinians have built a fence that serves as a roof to prevent the settlers who live in the upper floors from discarding garbage near them.

If you either want just to relax, eat good food, visit beautiful Christian monasteries or to go hiking, the Kadisha Valley in Lebanon will always be the perfect place for you.

Kadisha means ‘holy’ and owes this name to the fact that this valley is home to some of the most ancient communities of monastic Christians in the Middle East.

Monasticism is a way of life for which the person (in this case the Christian monks) renounces to everything to devote himself completely to spiritual work. The valley is full of natural caves, difficult to access, that once served as places of isolation for the monks. Kadisha is a really unique place to visit in the Middle East.

Manama – Where the fun never ends

In case you’ve never heard of it, Bahrain is a tiny country (one of tiniest in the world actually) located in the Persian Gulf, between Qatar and Saudi Arabia, and Manama is its capital. To make it short, Bahrain is the only Arab Gulf monarchy that has run out of petrol, or at least, can’t rely on the petrol income anymore.

Looking at alternative ways of gaining income, Bahrain has become the party place in the Middle East. Connected to Saudi Arabia by a bridge, every week, thousands of people cross the border to relax and enjoy a relative level of freedom. Manama is also home to many Western expats, who hang out in a popular area called Adliya.

Established on the shore of the great Nile river and surrounded by both, mango plantations and desert, Luxor is the world’s greatest open-air museum.

This is the place where the most well-known pharaohs come from (like Tutankhamun, for example) and most of the temples are either in excellent conditions or perfectly restored.

From large and epic tombs to temples constructed on a giant scale, all of them dating from between 3,200 BC and 1,500 BC, Luxor is an unmissable place to travel in the Middle East.

This is a unique place in the Persian Gulf where it rains, which is full of green meadows and the locals sell coconuts and pineapples. Salalah, a city found in the most southern part of Oman, very close to the Yemeni border,

and the region of Dhofar, experience a monsoon season.

This season is called Khareef and occurs from July till September during which Salalah becomes beautiful and lush green, attracting visitors from all over the country, as well as the gulf region, who seek some respite from the extremely hot and humid summer.

The most interesting part of Bethlehem is to get a close feeling of the consequences of the Israeli occupation as, after the Second Intifada, in 2001, Israel built an 8m wall that would finally isolate the West Bank from Israel. The wall, however, was built within Palestinian territory and it passes by the centre of the city. It is decorated with plenty of pro-Palestinian paintings, including a real work from the famous Banksy, the white pigeon.

Located in the Persian Gulf, right in the Strait of Hormuz, between Oman and Iran, Qeshm is an island with amazing geological formations, as well as very rich wildlife. This is what most travelers come here for but the most interesting part of the island is to get immersed in the local culture.

Qeshm is a different world from the rest of Iran and it can be seen not only in the religion, the architecture and their food, which is mainly based on seafood, but also in the way their women dress, in such colourful abayas and niqabs, like nowhere else.