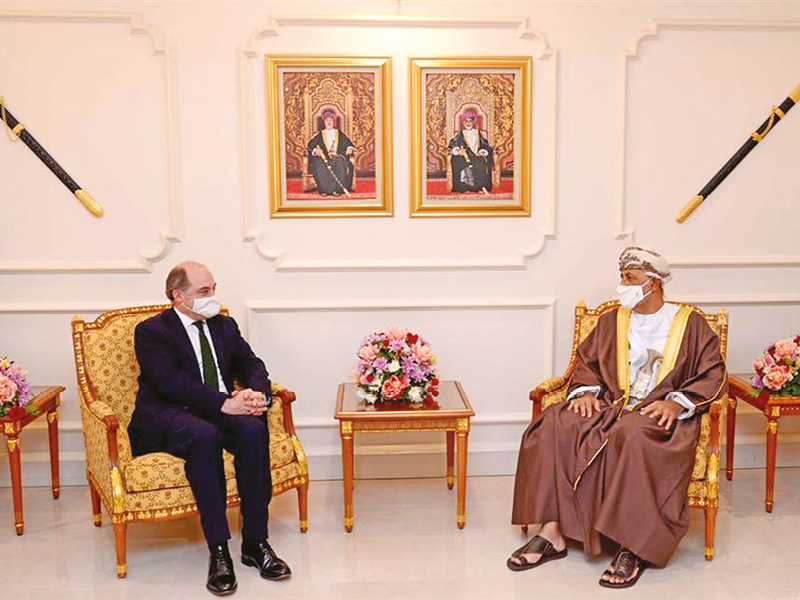 An official session of talks between H H Sayyid Shihab bin Tarik al Said, Deputy Prime Minister for Defence Affairs, and Ben Wallace, UK Secretary of State for Defence, was held at the Ministry of Defence in Al Murtafa Camp on Thursday.

Wallace underscored the advanced, centuries-old relations between Oman and the United Kingdom. He also stressed the importance of upgrading these relations to serve the common interest of both countries.

The session explored areas of existing cooperation between the defence ministries in the two countries and means of enhancing these. The two sides also exchanged views on various other matters of common concern.

The session was attended by Dr Mohammed Nasser al Zaabi, secretary general at the Ministry of Defence, UK’s ambassador to the sultanate and the defence  attaché at the UK embassy in Muscat.

The UK defence secretary and his delegation arrived in Oman on Wednesday night and had a series of meetings with high-level Omani officials on Thursday and Friday.

He also underscored the constant progress made in these relations under the leaderships of the two countries. The UK minister also visited Vice Admiral Abdullah Khamis al Ra’eesi, Chief of Staff of the Sultan’s Armed Forces (SAF), on Thursday.