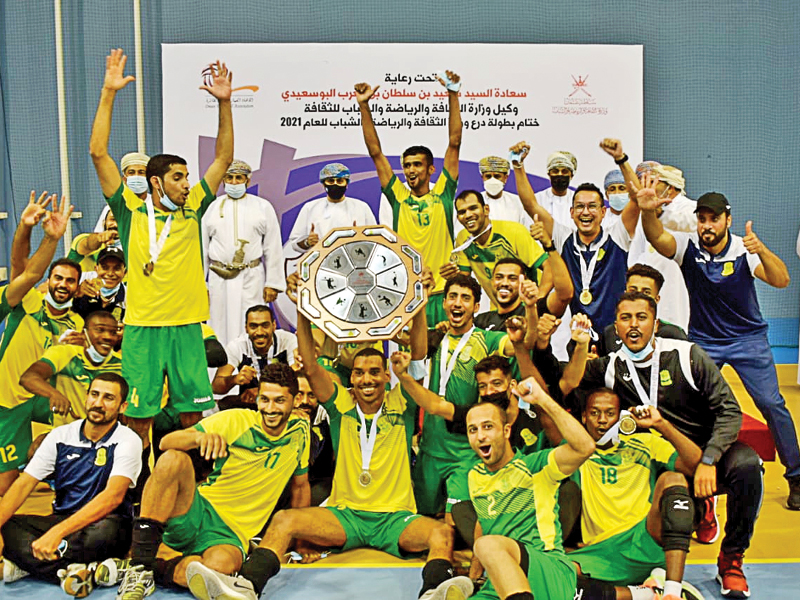 Following disappointments in HM’s Cup hockey and football, Seeb spikers provided the much-needed delight to the club and their fans as they claimed the 2021 Ministry’s Shield Volleyball Championship for the third time in a row recently.

Organised by the Oman Volleyball Association (OVA), Seeb defeated Al Kamil W’al Wafi 3-1 at the Sultan Qaboos Sports Complex in the final of the tenth edition of the championship. This was the third straight title for Seeb, who won 26-24, 25-15, 32-34, 25-14.

Seeb are now level with Al Salam and Saham, who have also won it three times each while Sohar is the other title winner.

It was little consolation for Seeb, who were hoping to enter the final of His Majesty’s Cup football and hockey events.

However, Seeb lost out to holders Dhofar in the football semifinals and had to settle for a third-place finish in the hockey tournament after losing in eventual champions Ahli-Sidab in the semis. A top club official said, “It is good win for the spikers but we were hoping for better news in the HM’s Cup football and hockey events.”

For Al Kamil W’al Wafi, it was second consecutive disappointment, having finished runner-up in the OVA First Division League, losing out to Al Salam recently.

Ahmed al Toobi of Seeb was named the Most Valuable Player of the tournament.