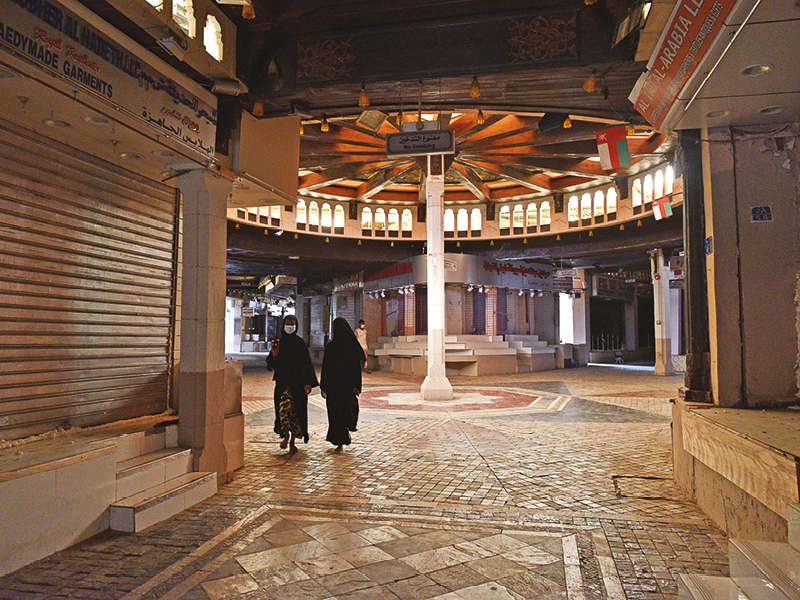 Starting this evening (Thursday), commercial activities across the sultanate will be suspended between 8pm to 5am until Saturday, March 20, to contain the rising number of COVID-19 cases. The suspension exempts fuel stations, health facilities and private pharmacies. Movement of individuals and vehicles are allowed during the suspension.

‘There has been a steep surge in the number of infections and deaths resulting from the new mutated variants of the virus. The data shows a rise in the number of patients admitted in hospitals and deaths in all parts of the sultanate,’ the Supreme Committee tasked with tackling the impact of COVID-19, said announcing the suspension earlier this week.

Data available to the government indicates the presence of mutated strains – among them the South African variant – in the country.

While 133,138 people have now recovered from the virus, a total of 188 patients were admitted in health institutions on Wednesday, including 77 in intensive care. The recovery rate now stands at 93.4 per cent, down from 94 per cent last month.

The suspension of activities starting this evening includes restaurants, cafés and cafeterias, besides home-delivery services.

In a statement, the Ministry of Heritage and Tourism said, ‘The ministry would like to confirm that the suspension includes restaurants and cafés within tourist establishments. In the event of non-compliance, necessary legal action will be taken.’

According to the Supreme Committee, the spike in infections in some governorates is linked to travel. Oman suspended entry of passengers from ten countries, starting February 25, for a period of 15 days. The ten countries are Brazil, Ethiopia, Ghana, Guinea, Lebanon, Nigeria, Sierra Leone, South Africa, Sudan and Tanzania.

Earlier, starting February 15, Oman also introduced mandatory institutional quarantine for all arrivals in the sultanate, via its land, air and sea borders. The cost of mandatory institutional quarantine is borne by the passengers.
The sultanate has sealed its international land borders until further notice, with the exception of trucks which are allowed to cross borders. The Supreme Committee has mandated that online learning will continue in public schools from March 7 to March 11, after which the decision will be reviewed.

Meanwhile, the Royal Oman Police has denied social media rumours about stopping vehicles with more than one person onboard to check ID cards to confirm if the accompanying persons belong to the same family.

‘The ROP draws attention to the inaccuracy of this information. There are no directives to stop vehicles with more than one person and asking them to show ID cards to prove that they are from the same family,’ ROP said in a statement.

‘The ROP warns against circulation of false news and asks everyone to ensure authenticity before publishing any news,’ the statement added.