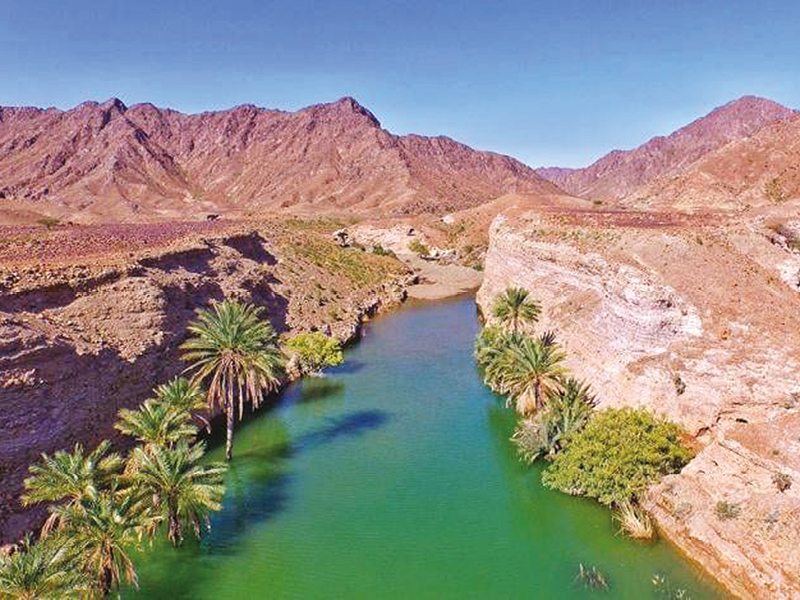 The sultanate, with the rest of the countries in the region, marked Arab Water Day on Wednesday and released the country’s precipitation data to highlight the significance of the day, which falls on March 3 every year.

“In May 2020, Dhofar governorate received heavy rains and flash floods due to low pressure over the area. The average annual rainfall received in the governorate was about 398mm,” said an official at MAFWR.

He added that groundwater levels in monitoring wells have improved in some governorates, especially in the sultanate’s mountainous areas.

Talking about the ministry’s efforts to conserve water, the official said, “The sultanate is one of the countries with limited water resources because it is located within the belt of arid and semi-arid region, and the annual rainfall rate ranges between less than 25mm in desert parts, 50mm in the plains and 200mm in the mountainous areas.”

The ministry has restored a number of aflaj to raise their efficiency as aflaj is one of the main irrigation systems used in the sultanate.

“The ministry established 169 dams during the period from 1985 to the end of 2020. These dams include underground recharge dams, flood protection dams and surface storage dams with a total storage capacity of about 325mn m3. Dams are water installations to reserve quantities of water for ground recharge or to supply remote villages with their water needs.

The dams have proven their usefulness in clearly reducing the volume of water that was wasted in the sea, reducing the water deficit and providing protection for the infrastructure from the risks of repeated floods,” the official added.

The ministry has also established 14 rainwater harvesting stations to enhance the amounts of precipitation and increase the level of underground water.

“The ministry is working to enhance the underground stock and preserve water resources from waste and depletion, to continue water exploration and to work on developing water resources by finding new water resources to meet the increasing needs of drinking water and other uses, improving water harvest rates and enhancing water installations in various governorates. The ministry continues to improve evaluation mechanism for water resources, monitoring the water situation and water use data, and strengthening hydrometric monitoring systems,” added the official.