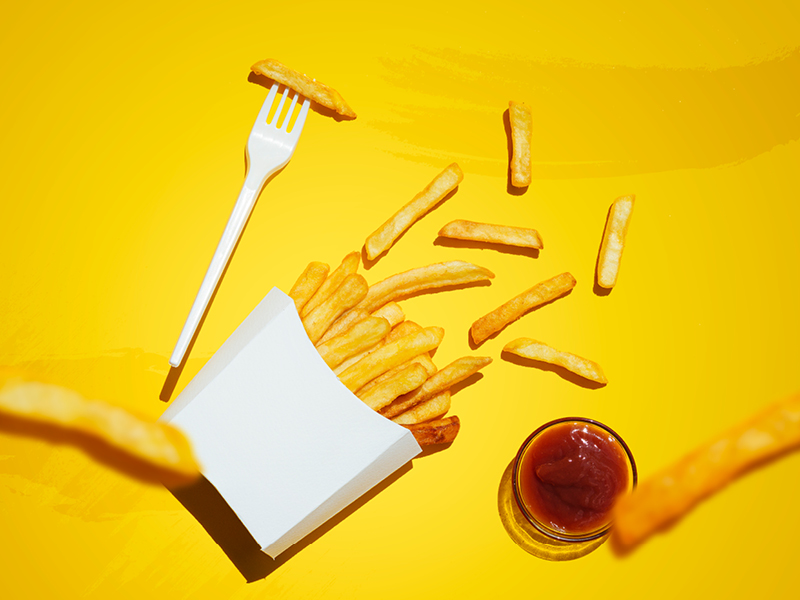 When you tuck into a bowl of crispy, seasoned French fries, have you ever wondered how this globally enticing snack emerged and evolved as a fitting accompaniment with a range of fast foods as well as survived as a universal standalone snack over centuries?

They say, the French fry may not actually be French. Some claim that fries originated in Belgium where villagers along the River Meuse traditionally ate fried fish. In winter, when the river froze, the fish-deprived villagers fried potatoes instead.

It is also said that this dish was discovered by American soldiers in Belgium during World War I and, since the dominant language of southern Belgium is French, they dubbed the tasty potatoes ‘French’ fries.

Alternatively, French fries were indeed French – first sold by street vendors on Paris’s Pont Neuf in the 1780s. They may even be Spanish, since the Spaniards, after all, were the first Europeans to encounter the South American potato.

French fries are a global universal but the way we consume them isn’t. While Americans generally eat their fries with ketchup, the French prefer mustard, and the Brits, vinegar. The Japanese sometimes flavour theirs with green curry or soy sauce. Canadians serve theirs as poutine, topped with gravy and cheese curds, and Malaysians eat theirs with chilli sauce.

In the Middle East, however, fries are wrapped in pita bread with toasted chicken shreds in the form of a snack called shawarma while in France they are served in many different forms with grilled steak.

There’s an entire museum in Bruges, Belgium, dedicated to fries. It’s called the Frietmuseum and it features two stories of crispy, golden history. Visitors can learn about the rich history of potatoes, sample old-fashioned fries and learn the perfect way to making fries at home.

Though one might consider French fries as not a healthy snack because of the fact that they are deep fried in fat/oil, they actually have some nutritional benefits. Since they’re made from potatoes, they have all the vitamins potatoes have, including vitamin B6, vitamin C, magnesium and iron.

The ideal fry is made with a starchy potato because this ensures that the potato doesn’t taste too bitter. Russet potatoes are the most commonly used variety.

Restaurants fry their potatoes more than once. After the initial deep-fry, they allow the fries to cool before frying them again, often thrice. These subsequent fryings make the fries crispier.

In some countires, there are vending machines that dispense a variety of French fries in different cuts and in minutes. The first of its kind had debuted in 1982 in Australia and was called Mr French Fry.