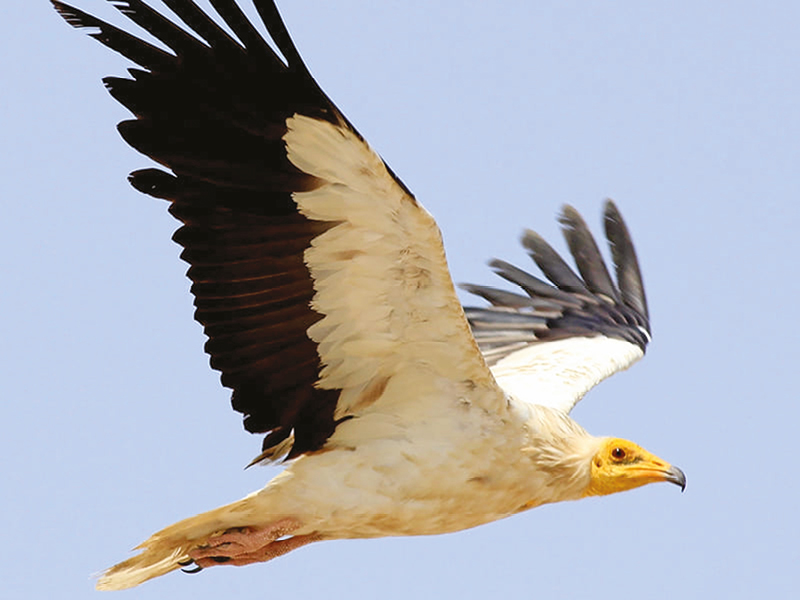 With an aim to preserve the environment and wildlife, Environment Society of Oman (ESO), in cooperation with Disney Conservation Fund, has started field surveys to monitor the breeding of both Egyptian and lappet-faced vultures nesting in Oman.

ESO said, ‘The ESO teams have started field surveys to monitor the breeding of both Egyptian and lappet-faced vultures nesting in Oman. These surveys are not easy; our researches hike great distances, over mountains and between wadis to locate nests.’

Protecting these beautiful and endangered species, however, makes it worth all the effort, it added. ‘Many thanks to the Disney Conservation Fund for making this crucial research possible.’

In Oman, Egyptian vultures breed primarily in the Hajar Mountains in the north and the national population had been estimated at 100 pairs in 2010.

However, a research titled ‘A Globally-Important Stronghold in Oman for a Resident Population of the Endangered Egyptian Vulture’ conducted recently with satellite tracking, suggests that the birds are in bigger numbers than previously estimated.

The Egyptian vulture is classified as a globally endangered species. In the Middle East, the population is thought to be in steep decline but there are healthy and dense resident populations on the islands of Socotra in Yemen and Masirah in Oman.

According to BirdLife International, only a small, very rapidly declining lappet-faced vulture population remains, owing primarily to poisoning and persecution, as well as ecosystem alterations.