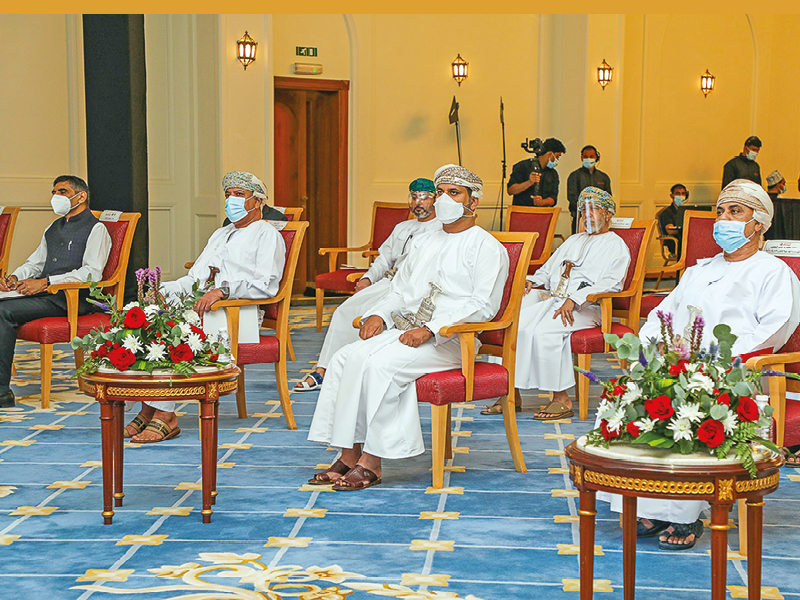 As part of its continuous endeavour to combat crimes against humanity, the National Committee to Combat Human Trafficking announced the launch of its second awareness campaign – titled ‘Insan’ – on Monday.

Through the campaign, the committee seeks to promote and spread awareness among various segments of society about human trafficking crimes, how to detect these and ways to support governmental efforts to deal with these cases.

The campaign was launched at a ceremony organised by the committee under the auspices of Hon Nasr Khamis al Sawai, attorney general and deputy chairman of the committee.

Insan will run for a period of three months till May 31, and include messages in several languages targeting different segments of society. This is to ensure that the messages reach the target audience, specifically vulnerable groups who are most likely to fall victim to human trafficking, which is condemned as per Omani law, according to a press release issued by the committee.

The committee chose the title Insan (human) to convey a clear message to all that the campaign focuses on human values, regardless of race, colour or religion. Being human means everyone should be treated and respected equally.

On the occasion, Hon Sawai said, “The sultanate believes in the need to support global efforts in combating human trafficking, which is a danger to society, both in the short and long term. Oman is also one of the first countries to issue special legislation to eliminate this criminal act through the Anti-Trafficking Law mandated through Royal Decree (No 126/2008).”

Article 22 of the law directed the formation of a national committee with members from several government institutions responsible for creating a high-level national plan to combat human trafficking.

Highlighting the achievements of the National Committee to Combat Human Trafficking, Hon Sawai said that among others it was able to ratify international agreements. The most recent of these is Royal Decree No 46/2020, which endorsed the sultanate joining the International Covenant on Economic, Social and Cultural Rights.

“Another milestone is reforming the sponsorship system by cancelling the No-Objection Certificate (NOC) and granting expatriate workers the right to move from one employer to another who has a licence to recruit workers. Other achievements include the allocation of a shelter for victims of human trafficking.”

Insan builds on the successes of the first campaign, ‘Ehsan’, launched by the committee in 2017. These campaigns are a reflection of the sultanate’s strategy to combat human trafficking through a wide range of measures undertaken to eliminate these criminal practices, the committee said in the press release.

The event on Monday also included the launch of a new website (www.nccht.om) for the committee, which is available in both Arabic and English. Through the website, victims of human trafficking can request help in 12 international languages.
Sayyid Ammar Abdullah al Busaidi, first secretary in the Ministry of Foreign Affairs and supervisor for human trafficking in the committee, said,

“Combating human trafficking is not a task for just a specific entity. It depends on the collective efforts of all parties, including individuals and institutions. I would like to extend my thanks and appreciation to everyone who has been a part of the Insan campaign. I thank Muscat Municipality, BP Oman and Oman Airports for their efforts in supporting this campaign and enabling it to achieve its strategic objectives.”