MCSY and OHA have done a commendable job: AHF boss 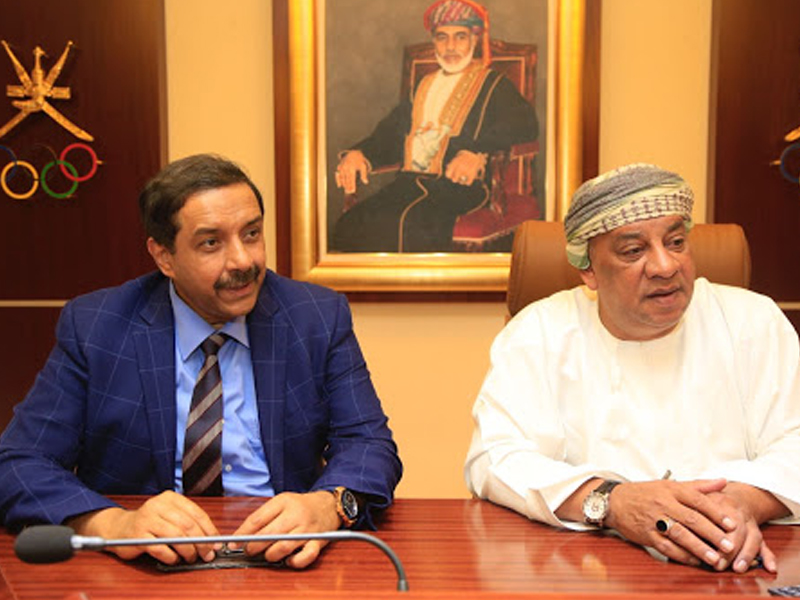 The successful completion of the 50th edition of the coveted His Majesty’s Cup Hockey Championship despite the challenges of holding it during the coronavirus pandemic has been appreciated by none other than the top boss of Asian Hockey Federation (AHF).

Tayyab Ikram, AHF chief executive and the Asian governing body’s secretary general, was a witness to a couple of rounds of the prestigious competition, which concluded with Ahli-Sidab lifting the title on Monday night.

In an exclusive chat with Muscat Daily, Ikram said, “It was great to watch some exciting games on the pitch during these challenging times where most of sports around the world have been severely hampered.

“To organise this tournament with all the standard health protocols in place for 14 clubs and managing the health and safety of all players and officials is a commendable job by the Oman Hockey Association (OHA) and the Ministry of Culture, Sports and Youth in Oman (MCSY).

“I have been very impressed with the overall organisational success and the hockey played, and I would like to congratulate H H Sayyid Theyazin bin Haitham al Said, Minister of Culture, Sports and Youth, officials at the ministry and the OHA.”

Ikram added, “It is a very positive step to hold this coveted tournament amid the pandemic and it demonstrates that sports can play a key role in overcoming the challenges posed by COVID-19.”

The Asian hockey boss praised the Omani clubs in raising the standard of the game by hiring top-class players during the tournament and said that their presence ‘will give an opportunity for Omani players to improve by playing along and against them’.

Ikram said that Omani clubs can improve further by focusing more on coaching as proper technology and adopting latest coaching methods will help improve the overall standard of the game.

“As Asian hockey body, we are ready to help and assist Oman Hockey Association and its clubs by facilitating high-performance coaches and clinics for Omani coaches. Once the domestic level of coaching goes up, then it would reflect on the teams and we can see more improvement in Oman’s hockey,” said Ikram, who has previously worked as a reputed FIH Master coach.

Giving an example, Ikram said, “I was told that the presence of two Tokyo Olympics-bound FIH umpires from India – Javed Shaikh and Raghuprasad RV – has helped the local umpires. Such benefits need to be capitalised on at all fronts, be it the presence of World Cuppers and Olympians in local teams or hiring top coaches by clubs. Overall, all these steps go a long way in improving the sport in the country.

“Oman has been the torchbearer of the game in the Middle East and AHF is happy with the interest and eagerness displayed by OHA in hosting international events in the past.

“We hope that more big events can be hosted in future. The OHA under its chairman, Captain Talib [al Wahaibi], has been supporting AHF activities a lot in the past. I still have great memories of the AHF Congress and Asian Champions Trophy in Muscat and we hope to bring more events in future,” Ikram said.