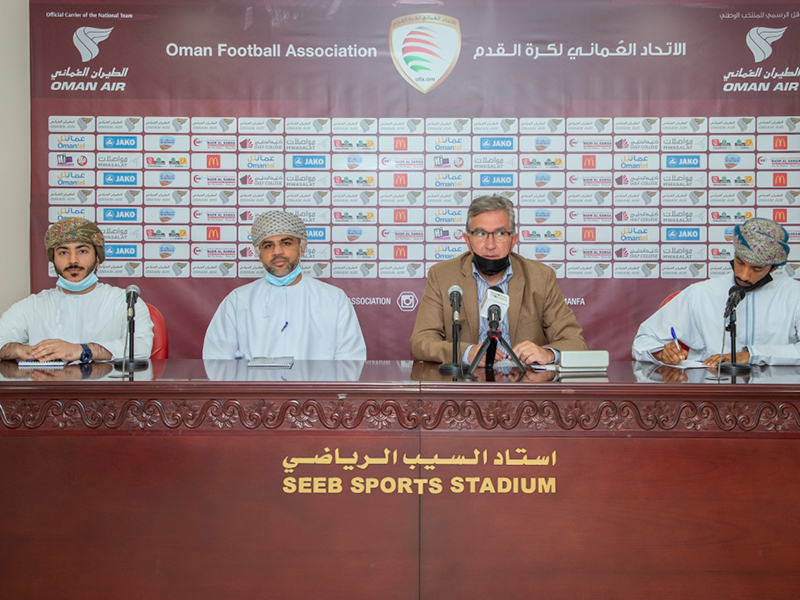 Omantel League champions Seeb and His Majesty’s Cup holders Dhofar have been displaying impressive form in the ongoing domestic football season. Expectedly, both the clubs provided the majority of players among the 26 called up by the national team’s head coach, Branko Ivankovic of Croatia, for the forthcoming domestic and overseas camp to Dubai, UAE.

Ivankovic’s Red Warriors will gather for a short camp in Muscat on March 8 before proceeding to Dubai on March 11 for a 15-day camp during which Oman will play international friendlies against Jordan and India.

Addressing a press conference at the Oman Football Association (OFA) headquarters in Seeb on Sunday, Ivankovic expressed his concerns on the disruption caused by the coronavirus pandemic while announcing the list of 26 players.

Both Seeb and Dhofar are also in fray for HM’s Cup title as they drew goalless in the first-leg semifinal at the Seeb Sports Stadium on Friday. The two powerhouses meet again in a do-or-die clash in the return-leg in Salalah on Tuesday.

Besides the players from these two clubs, two players each have been called up from Al Rustaq and Al Nasr clubs while one player each has been picked from Al Nahda, Oman, Nizwa and Al Suwaiq clubs. Mohsin al Ghassani, whose contract with Iran’s Sepahan was mutually discontinued recently, and is without a club, has also been selected.

However, Ivankovic has been unable to call up Oman captain Ahmed Mubarak ‘Kanu’, and another talented player Jameel al Yahmadi, both of whom are currently playing in Qatar with Al Markhiya Club keeping in mind the travel restrictions due to COVID-19. Also missing is defender Mohammed Faraj al Rawahi due to the same issue.

Though the clubs are mandated to release the players during the FIFA days in March, quarantine rules have forced clubs to advise players to avoid travel to other countries.

Ivankovic said few players missed out as they were not fit and named four of them who are injured – Mundhir al Alawi, Basil Rawahi, Mohammed Ramadhan and Juma al Habsi.

Ivankovic said, “We hope to have a nice preparation for our forthcoming FIFA World Cup and Asian Cup qualifiers in June with the friendlies against Jordan and India. In current scenario,

arranging friendlies and travel is a challenge. So we are happy to travel to Dubai and play two games, which will help our preparations for the June qualifiers, where Oman will meet Qatar, Afghanistan and Bangladesh in Group E.

“The qualifiers will be at a single venue, most likely Qatar, and though it may not be my preferred option, given the pandemic this looks to be the only option and we are ready for it.”

The 67 year old Ivankovic said that ‘the national team doors are always open for deserving players and we are also closely following up the progress of our injured players’.

The Croatian coach said the coronavirus outbreak severely impacted the team’s preparation plans last year and he was looking ahead for the first official engagements with the team in Dubai. The friendly against Jordan will be the first game for the Red Warriors with Ivankovic at helm followed by the match against India on March 25.