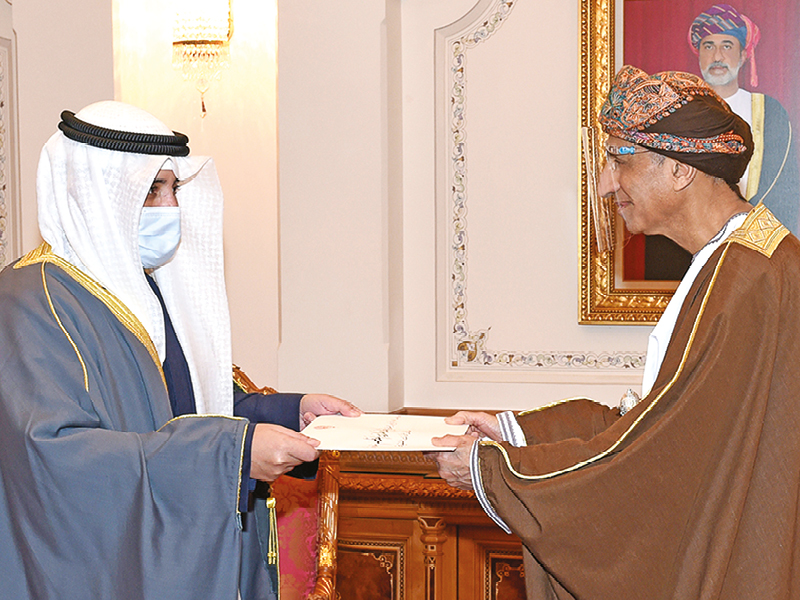 The message is related to bilateral relations and supporting areas of joint cooperation between the two brotherly countries, as well as countries of the region.

The message was received by Sayyid Fahd bin Mahmoud al Said, Deputy Prime Minister for the Council of Ministers, when he received Sheikh Dr Ahmed Nasser al Mohammed al Sabah, Minister of Foreign Affairs of Kuwait, who conveyed greetings and best wishes of Sheikh Nawaf to His Majesty the Sultan.

The meeting reviewed the growing relationship between the sultanate and Kuwait, stemming from the strong bonds binding the two brotherly countries’ peoples. The meeting also touched on a range of current issues pertaining to means of supporting the GCC march, in addition to the latest regional and international developments and matters of common concern.

The Kuwaiti Minister of Foreign Affairs underlined the fraternal and historic relationship, as well as the constructive cooperation between the two countries. He underscored the importance of expanding fields of joint cooperation in different spheres to support the existing ties and enhance the efforts exerted in this regard.