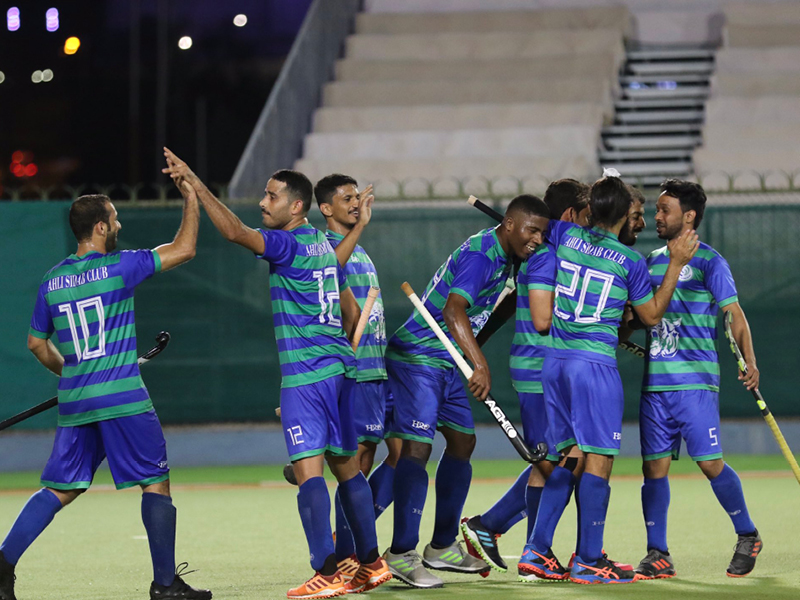 Hockey powerhouse Ahli-Sidab is on the verge of a record 12th His Majesty’s Cup title when they meet Bausher in the final of the 50th edition of the prestigious tournament at the Sultan Qaboos Sports Complex (SQSC) on Monday. The final will begin at 7pm.

Ahli-Sidab got the better of arch-rivals Seeb 6-3 in a nine-goal thriller in the first semifinal at the SQSC on Sunday while Bausher made it to their second final after a hard-fought 1-0 win over Sohar in the second semifinal later in the evening.

Dubbed as Oman’s hockey ‘Clasico’, the match between Ahli-Sidab and Seeb, who share 22 titles between them, began at a fast-pace with the first of the nine goals scored in the opening minute of the match through Ahli-Sidab’s Indian recruit Affan Yousuf.

Seeb had hardly overcome the shock of conceding the opening goal before Yousuf, who has been with Ahli-Sidab for the past five years, hammered in the second goal in the third minute of the match.

A lightning start, and two goals in the first three minutes, stunned Seeb but they came back hard with a goal just before the end of first quarter through their Pakistani player Muhammad Ateeq. Seeb’s strong fightback saw them draw level 2-2 at the stroke of the first quarter when Fahad Hassan al Lawati scored.

The fast tempo of the match continued and Ahli-Sidab went ahead through Aseel al Maini who found the back of Seeb’s net in the 17th minute and they led 3-2 at the interval.

Seeb, coached by Khalid al Raisi, rallied back with their third goal as they earned a penalty stroke with nine minutes remaining. Pakistan’s Mubashar Ali reduced the margin to make it 3-5 but as they went all out, a quick counter-attack from Ahli-Sidab got them their sixth goal with Maini scoring his second.

In his remarks to Muscat Daily after the match, Ahli-Sidab’s coach C R Kumar said, “It was a good team effort by my players. I am very happy to see my boys in the final. The club has a glorious history and we would try to achieve a record 12th title tomorrow.”

Kumar’s assistant, Khalid Khalfan, who has himself been part of many Ahli-Sidab’s title victories in the past said, “I am very very happy and I hope to win the 12th title tomorrow. We are confident and our players are excited to be in the summit clash. We will go all out.”

Bausher, coached by Saleh al Farsi, overcame a tough rival in Sohar in the second semis as they eked out a solitary goal win.

The all-important goal was scored by Bausher’s in-form Indian recruit Sukhjeet Singh ‘Kaka’ in the third quarter (40th minute) of the match. Sohar tried hard to score but failed as a gritty Bausher defence stood firm to hold on to the narrow lead.

Bausher have reached the final only once in 2016 when they lost to Seeb and they will be the underdogs when they face 11-time winners Ahli-Sidab in the final tomorrow.

Speaking after a hard-fought semifinal win, Bausher coach Farsi told Muscat Daily, “It was a very tough game and Sohar made it very difficult for us. I wish them luck for the third place playoff tomorrow.

“It was a great team effort and these games are meant to win. I told my players to play to a plan and they did. We are ready to go for the title.”

Ahli-Sidab will be the favourite but Farsi said, “Tomorrow is a new day and another big challenge. My players have made me proud so far and I think they can make me one more time tomorrow.”

Ahli-Sidab’s last title came in 2018 when they beat Seeb to become joint record holder of 11 titles. In the previous edition in 2019, Ahli-Sidab went down to Al Nasr 1-2 and they will hope to  overcome that disappointment with a record title.

The final will be held under the auspices of H E Dr Abdullah bin Nasser al Harrasi, Minister of Information. Prior to the final, the third-place playoff between Seeb and Sohar will take place at 4pm.