Seeb, Dhofar in a goalless draw; Ittihad down Suwaiq 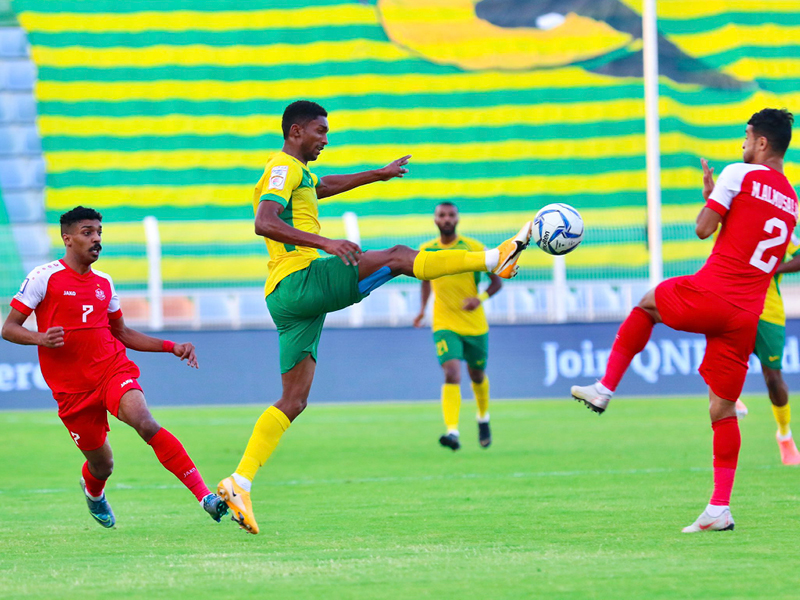 Defending champions Dhofar were left to rue a penalty miss as they were held to a goalless draw in the first-leg semifinals of the 2020-21 His Majesty’s Cup Football Championship at the Seeb Sports Stadium on Friday night.

In the other first-leg semifinal match, hosts Al Ittihad took a slender advantage against former champions Al Suwaiq with a 2-1 victory at the Al Saada Sports Complex in Salalah on Friday night.

At the Seeb Sports Complex, the much-awaited clash between the defending Omantel League champions Seeb and HM’s Cup reigning champions Dhofar was expected to provide some fireworks but except for the brilliant penalty save by Seeb goalkeeper Ahmed al Rawahi in injury time of the first half, both teams failed to do much.

Dhofar’s Omar al Malki’s penalty shot was saved by Rawahi in the 47th minute to keep Seeb in contention as they held on bravely to a goalless draw.

The teams have all to play when they meet again in the second leg at the Al Saada Sports Complex on March 2.

In the second match of  the evening, Hakeem Shaker’s Suwaiq side was a bit unlucky as they conceded an own goal in the 63rd minute after the teams were locked 1-1 till half-time.

Hosts Ittihad went ahead through a spot kick converted by Junior in the tenth minute but three-time champions Suwaiq were back on even keel as Issam al Subhi found the equaliser nine minutes later.

With an away goal, Suwaiq was well-placed to share the spoils before Yousuf al Saadi’s own goal handed the advantage to the Salalah side.

Iraqi coach Shaker will now hope to bank on his side’s experience in the tournament when they host the return leg at the Al Rustaq Sports Complex on March 2.