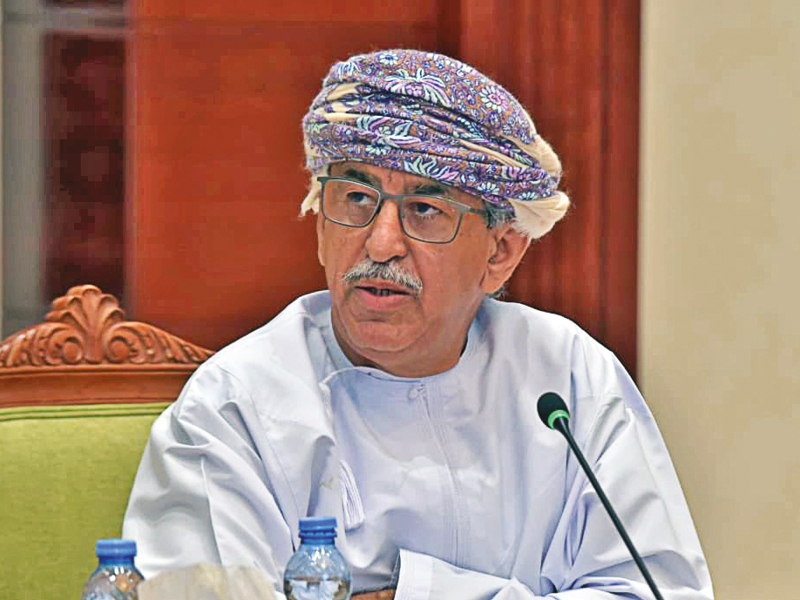 The epidemiological situation linked to the COVID-19 pandemic in the sultanate is worrisome given the increase in infections, hospitalisations and deaths caused by the disease, according to H E Dr Ahmed bin Mohammed al Sa’eedi, Minister of Health.

“The epidemiological situation has been painful and worrying since mid-January when the number of infections started to escalate. Also, intensive care units are under pressure again,” H E Dr Sa’eedi.

He added that the Eastern Mediterranean Region is still witnessing a spike in infections, as other regions are stabilising or recording few cases.

H E Dr Sa’eedi informed that the Supreme Committee’s decision to prevent travellers coming from several countries last week was due to passengers testing positive upon arrival in the country. In the case of one particular country, over 20 per cent of passengers flying in from it tested positive.

H E Dr Sa’eedi said the economic impact of closing beaches and public parks is less than closing shops and commercial centres. “We reiterate the necessity to adhere to preventive measures against the virus due to the hardships and difficulty faced by health workers. Increase in infections will have a negative impact on patients’ appointments.”

Not ruling out additional precautions if necessary, he said, “There is close coordination and follow up with the Ministry of Education and the Ministry of Health. We will take appropriate decisions at the next meeting of the Supreme Committee.”

With regard to a case being reported in a school, Dr Saif bin Salim al Abri, director general of Disease Surveillance and Control in MoH, said, “As per our investigation, the infection was not passed on inside the school but rather from the community, as a result of laxity in applying the precautionary measures.”

Dr Abri said teachers are included in the target groups for vaccination, when doses are available in sufficient quantities. “Currently, the main goal for the government is to vaccinate the elderly. There has been a decrease in the number of elderly people in ICUs in Oman,” he said.

On Thursday, MoH announced 288 new cases taking the total to 140,588. There were four deaths and 192 patients admitted in health institutions, including 68 for intensive care.