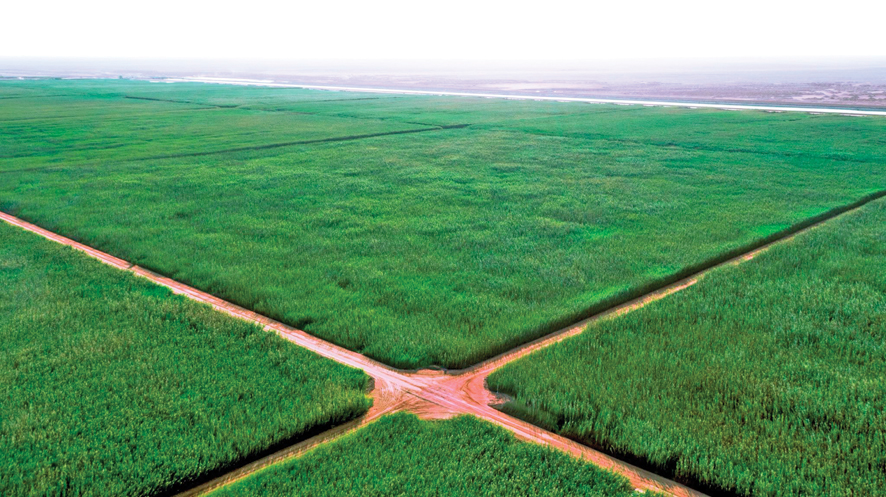 Suez Group, a France-based utility giant which operates largely in the water and waste-water management sectors, on Wednesday announced that it has signed a major industrial contract in Oman to implement a natural and environmentally friendly water treatment system for Petroleum Development Oman (PDO).

‘SUEZ has been awarded by PDO a design, build, own, operate and maintain (DBOOM) contract for the treatment of 40,000m3 each day of produced water coming from oil fields located in Rima, about 700km South of Muscat. This 20-year contract is worth €120mn

(approximately RO56mn) in total revenues,’ Suez said in a statement posted on its website.

This major contract aims at implementing alternative techniques to treat and dispose produced water, which is the oily wastewater generated during the extraction and recovery of oil, Suez said.

A large quantity of produced water is being generated from oil fields and depending on the oil field, one barrel of oil produces five to ten barrels of water. To ensure that this water is treated and disposed safely without harming the environment, Suez will implement an innovative treatment system to avoid deep well aquifers contamination, reduce energy consumption and enhance biodiversity.

Within this contract, Suez, main shareholder with 51 per cent and its partners, Merit National Investments and Al-Shawamikh Oil Services, with a 24.5 per cent stake each, will be financing, constructing and operating for 20 years, the large wetland system and evaporation ponds over a surface of more than 400 hectares.

A series of basins will be built over a period of two years, seeded with different species of algae. The produced water will be circulating through these basins and purified by biological actions which consist of biodegradation by microalgae and bacteria.

The succession of varying wetland environments, with different flow speeds and depths of water, develops these different mechanisms for pollutant absorption and will naturally treat the produced water.

Once cleaned, the produced water will be disposed into 300 hectares ponds to be naturally evaporated beneath the Omani desert sun.

This natural and environmentally friendly treatment system, Suez said, will avoid the disposal of hydrocarbon-polluted produced water in the deep well aquifers.

‘It will also significantly reduce the oilfield’s carbon footprint with 180 tonnes of avoided carbon dioxide emissions equivalents per day, or 65,700 tonnes per year.

“We are very proud of this innovative project which strengthens our position in the Middle-East’s industrial market. This contract is in line with Suez’s strategy in the region to seize growth opportunities with industries and particularly in the energy sector. It is also reflecting the group’s new value proposition to offer our customers a portfolio of high added-value solutions that are 100 per cent sustainable with positive impact on environment, biodiversity and climate,” said Ana Giros, senior executive vice president of Suez in charge of the APAC (Asia, Australia and India) and AMECA (Africa, Middle East, Central Asia) regions and industrial key accounts.

According to Suez, this PDO project will also generate 82GWh savings in energy per year, compared to the conventional, energy-intensive disposal method of pumping the water into deep aquifers under high pressure.

Additionally, this project will enhance biodiversity in the desert and create a habitat for wildlife species providing sustainable living conditions for flora and fauna.