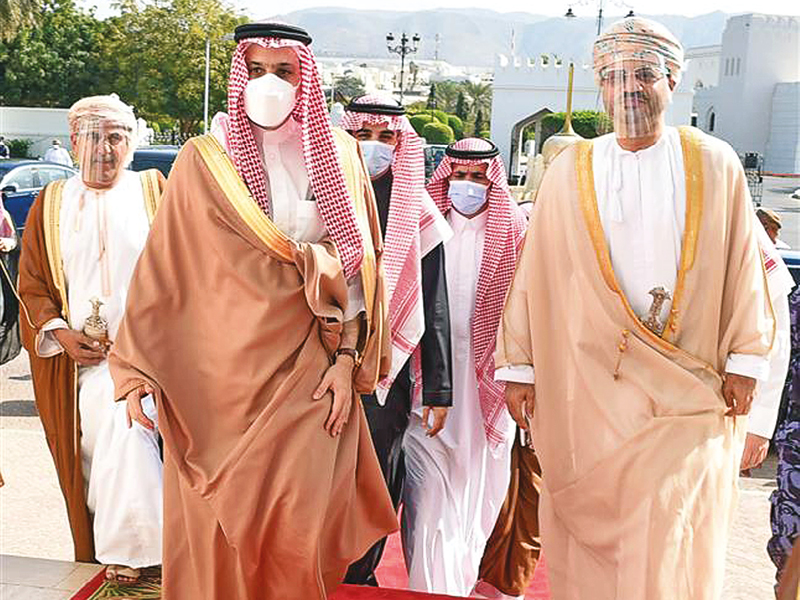 The two sides expressed their pride over the historic, fraternal and strong relations between the two brotherly countries and peoples.

The two ministers also exchanged views on a range of regional and international issues.

They reaffirmed the importance of joint action within the GCC framework and following up outcomes of the Alula Summit hosted by Saudi Arabia on January 5. They stressed on the importance of supporting efforts to consolidate pillars of security, stability and peace in the region.

Earlier, the Saudi minister and his delegation were received upon their arrival by H E Sayyid Badr and Dr Khalid Said al Jaradi, acting head of the Protocols Department in the Foreign Ministry.

H E Sayyid Badr bin Hamad al Busaidi received a phone call from Antony Blinken, US Secretary of State on Wednesday. During the call, the two sides stressed the strategic relations between the two friendly countries in various areas.