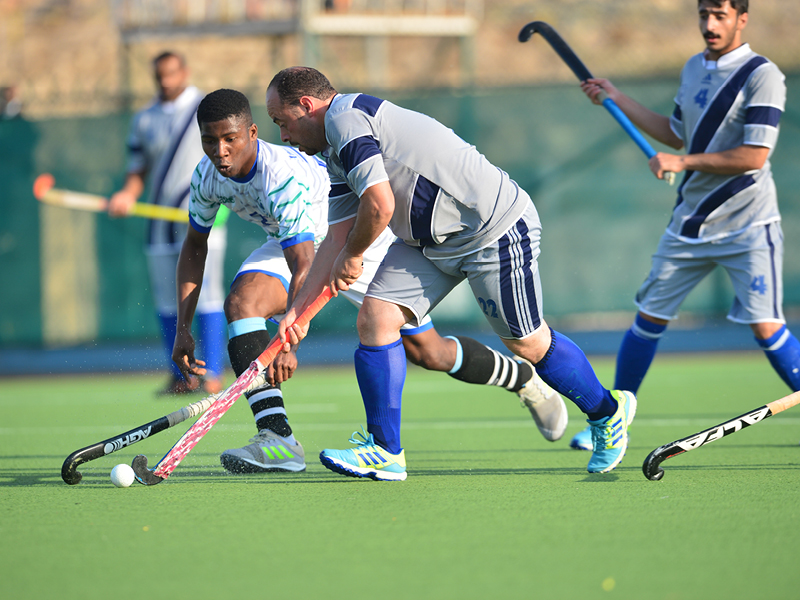 The second round of the 50th His Majesty’s Cup Hockey Championship 2020 began in style with last year’s runner-up Ahli-Sidab sending clear signals to rivals of them being a contender as they trounced Nizwa 4-0 in a Group A match at the Sultan Qaboos Sports Complex on Monday.

In a late game, defending champion Al Nasr edged past Dhofar 1-0 in a Group B clash with Indian international Arman Qureshi scoring the winner in 50th minute. Earlier, in the second match of Group A, Sohar beat Majees 4-2. Ahmed al Shibli and Mohammed Ali were on target twice each while Mohammed Adel and Hossam Mahmood scored for Majees.

The second round will see the top-eight teams battle for the coveted trophy. With all the clubs roping in international players from India, Pakistan and Egypt, some exciting games are expected over the next four days to determine the semifinalists.

Under former Indian junior team and Indian women’s team coach C R Kumar, Ahli-Sidab have three Indian stars – Affan Yousuf, Jasjit Singh Kular and Sayyad Niyaz Rahim – in their ranks and it was Yousuf who was the star of their team’s win.

Yousuf opened the scoring in the 11th minute with a field goal.

Ahli-Sidab then found Nizwa defence hard to crack as the teams failed to score any more till the end of the second quarter. However, soon at the start of the third quarter, Yousuf once again scored (47th minute) and ten minutes later Aseel Ammar al Maini made it 3-0. Hammad al Fazari made it 4-0 with two minutes left for the hooter.