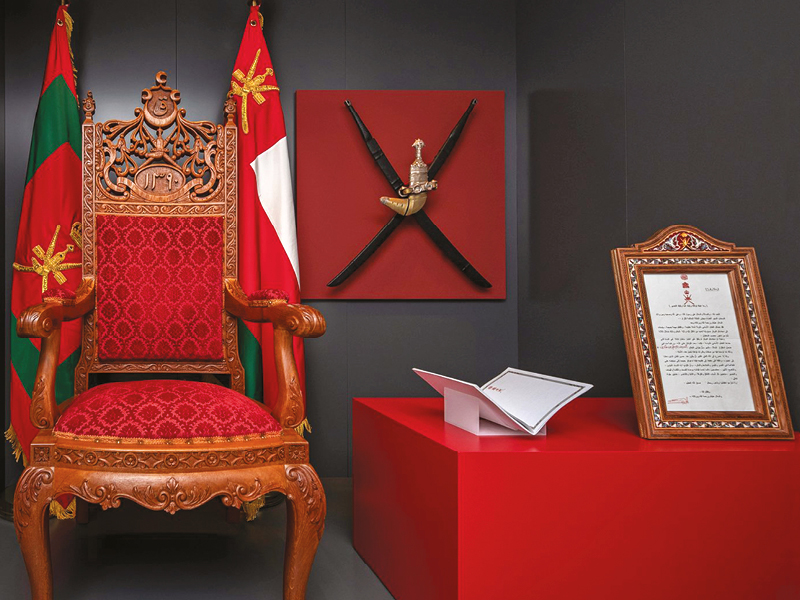 The National Museum is currently setting up a special section dedicated to the Late His Majesty Sultan Qaboos bin Said to showcase a comprehensive account of his life. According to Jamal al Moosawi, secretary general of the museum, the section is expected to open by end of 2021.

“This section commemorates the enigmatic personality of the Late His Majesty Sultan Qaboos so that it remains alive in the conscience of Omanis and residents,” said Moosawi.

He informed that the National Museum has been honoured by His Majesty Sultan Haitham bin Tarik with the donation of a number of Royal holdings that have so far been inaccessible to the general public.

“The section will include the original copy of the Late His Majesty Sultan Qaboos’ will addressed to the Royal Family Council. Currently, a stage and display box are being prepared. The next phase will involve installing the Royal pieces,” Moosawi said.

With regard to other ongoing works at the museum, Moosawi said, “Renovations are underway to modernise certain sections, including the Currency Hall where distinct coins, some of which are from Royal holdings and others acquired by citizens from outside the sultanate, will be presented.”

The Currency Hall will include a unique collection of golden Islamic dirhams that were minted in Oman in addition to coins cast in Zanzibar. Commemorative coins of the Blessed Renaissance never displayed earlier will be exhibited for the first time.

“The museum will inaugurate a small section called Hermitage – a first in the Middle East. It will be a miniature exhibition that includes pieces related to the Islamic civilisation in Russia. It will be of one-year duration, subject to renewal,” Moosawi said.

Additionally, in cooperation with Louvre Abu Dhabi, the National Museum will soon dedicate a section to a group of holdings that belong to Omani civilisation. These items will be exhibited in Muscat for the very first time.

Work is also underway to create a corner to present the languages and dialects of Oman.

“It will help showcase this important aspect of the cultural dimension of the sultanate, documenting the oldest alphabet discovered in the Arabian Peninsula here in Oman, the roots of the Arabic language and its development over the years,” Moosawi informed.