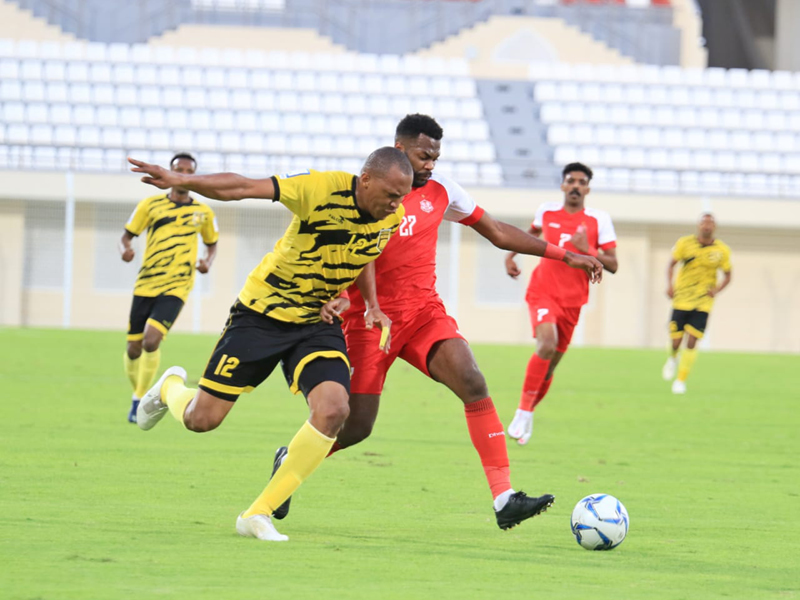 With their crucial 2020-21 HM’s Cup semifinal first-leg match scheduled for Friday, the coaches of Omantel League defending champions Seeb and His Majesty’s Cup holders Dhofar seemed to have avoided going all out in the tenth round of the top-flight league, which was played on Sunday and Monday.

While Seeb, coached by Portuguese Bruno Pereira, suffered their second defeat of the season against former champions Al Nasr, losing 1-2 at the Seeb Sports Stadium on Sunday, Rasheed Jaber-coached Dhofar missed a chance to come level with table-toppers Seeb when they were held to a goalless draw by Al Suwaiq at the Al Rustaq Sports Complex on Monday.

Following the completion of tenth round, Seeb stay on top spot with 22 points while Dhofar remain second with 20 points.

On Sunday, Zahr al Aghbari gave an early lead for Seeb with a strike in the sixth minute but Al Nasr, which dominated the match from then on, got the equaliser through their African import Mousa Kabiro in the 18th minute. The teams went into the break with the scores tied at 1-1 but soon after the resumption, Marwan Talal found the winner in the 56th minute.

The win helped the Salalah giants to move to fourth place with 18 points, two behind Al Mussanah, who won 2-0 against Al Rustaq at the Rustaq Sports Complex on Sunday.

Al Suwaiq, who are under their new coach, Hakeem Shaker of Iraq, could have won the match but for their strikers fluffing easy chances. The draw meant Suwaiq stay at fifth place with 17 points.

Suwaiq are also in HM’s Cup semifinals and will take on Al Ittihad, who were the only club among the four semifinalists, to have won the match in the tenth round as they beat Saham 2-1 at the Sohar Sports Complex on Sunday.

In another game on Sunday, hosts Nizwa were held by Sohar 2-2.

Sixth-placed Bahla and ninth-placed Oman played out a goalless draw in late kickoff on Monday. Earlier in the evening, Al Nahda was a facile 3-1 winner against Muscat at the Seeb Sports Complex.