OFF THE BEATEN TRACK 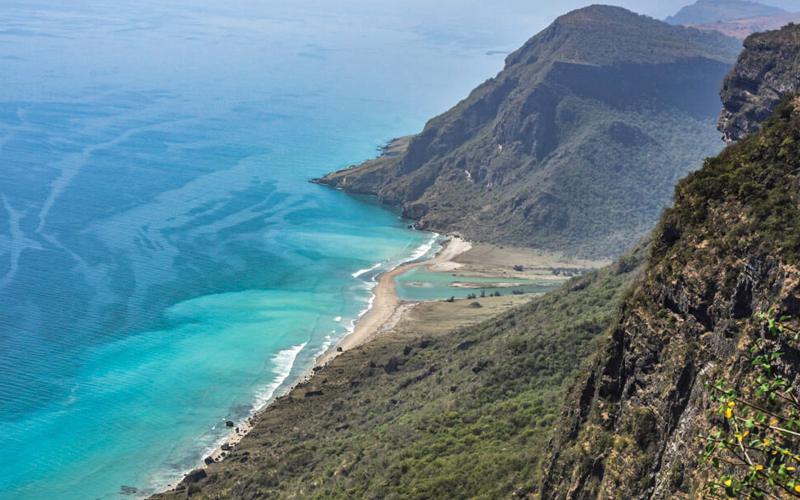 The Middle East is endowed with some of the most enchanting tourist destinations that have been delighting tourists as well as casual visitors for decades on end. From places steeped in illustrious history to precincts bestowed with fascinating natural beauty, most destinations have a mixed bag of modern attractions as well as old world charm to offer. Avid travellers say, one lifetime is not enough to discover and relish the cultural splendour of the Middle East.

Joan Torres, popular travel blogger and author of ‘Against the Compass’, a well-established brand aimed at promoting emerging tourism destinations, has compiled a list of the 25 best places to travel in the Middle East in 2021. This list was drawn up after 3 years of living and traveling around the region, based on his own experience and opinion.

From Eritrea to Sudan, Syria, and Pakistan, Joan Torres has been traveling to some of the most off the beaten track destinations on Earth since 2014. His travel blog – Against the Compass – aims at helping and inspiring tourists to do the same, always in a responsible way, with no rush and in a safe manner.

“These choices are based on their level of security, historical importance, and natural beauty. My objective is to show you not only that the Middle East is a safe place to travel to, but I also want you to see the huge natural and cultural contrast between countries and the relevant role they have in our history,” says Torres.

Reproduced here are glimpses about 12 of Torres’ top 25 (the remaining 13 will be featured in the next edition):

Located in the north of Iraqi Kurdistan, only 10km away from the Turkish border, Amadiya is a lovely, very photogenic village located on the flat top of a mountain, which has no less than 5,000 years of history.

From the Assyrians to the Persians, as well as several Jewish and Christian communities, dozens of different civilisations and religions have left their footprint in this historical place. Furthermore, Amadiya is believed to be the home of the ‘three wise men’, who made a pilgrimage to Bethlehem to see Jesus Christ after his birth.

Today, Amadiya is a Muslim Kurdish village, surrounded by the most striking mountain scenery, characteristic from northern Iraq and one the most beautiful places to travel in the Middle East.

Esfahan is Iran’s most amazing city and its mosques, composed of giant domes and mind-blowing ceilings with extravagant geometrical forms, are the most impressive buildings in the Middle East, without any doubt.

Being one of the most historical cities in the region, Esfahan has always been home to a large community of scholars and prestigious intellectuals and its importance and influence in this part of the world was often compared to Athens and Rome.

Today, as per Iranian standards, Esfahan is a surprisingly modern, clean and vibrant city where some of the most educated and brilliant people in the country live.

‘Everything here is very old.’ This is the first thing the hotel receptionist told me on the day I arrived in the city.

Damascus is indeed one of the most ancient cities in the world – probably the oldest country capital – established in the second millennium BC, and capital of the Umayyad Caliphate from 661 to 750, one of the most important caliphates ever, extending from Spain to Iran.

My favourite place in Damascus was Umayyad mosque, an outstanding mosque which passed from being a Jupiter Temple during the Roman era to a Christian basilica dedicated to John the Baptist, and then, one of the largest mosques in the world.

Today, Damascus is a safe city and, fortunately, the Old City has remained like that during most of the war.

Extending from Western Europe to North Africa and the Middle East, the Roman Empire was said to be the greatest empire that has ever existed.

Today, most of its ruins, some of them in relatively good condition, are major tourist attractions that receive hundreds of visitors every day.

Outside of Rome, the ruins of Baalbek are among the most impressive, not only due to their dimensions and good preservation but also because you are likely to have the ruins to yourself as, here, we are talking about Lebanon, one of the most ‘off the beaten track’ destinations in the region. Here, you can experience the greatest Roman ruins like nowhere else, hence one of the best places to travel in the Middle East.

Stretching from south Oman all the way to the Yemeni border, Dhofar’s coastline may differ significantly from what you expect from an Omani beach.

Vertiginous cliffs, turquoise-blue waters, and empty, epic beaches characterise the beaches of southern Oman, barely discovered by the average traveler, who tends to stick to the northern part of the country.

If you are into wild, random camping, and road trips in the Middle East, it doesn’t really get better than this. Yet, with its dramatically jaw-dropping coastline and unique tropical weather, Dhofar is not only an unmissable destination in Oman but, in my opinion, one of the most mind-blowing places to visit in the Middle East.

Saudi Arabia is filled with ancient and historical places, and one of the best examples is Al Balad, the old part of Jeddah, established 1,300 years ago as the gateway for Muslims on their way to the holy city of Mecca, mostly arriving by sea from Africa.

Today a UNESCO World Heritage site, Al Balad is a lively area filled with colourful facades and, by far, the most beautiful old city from all the Gulf Monarchies.

Today, Jerusalem is part of Israel but, if Palestine ever becomes an independent state, East Jerusalem, which is mostly inhabited by Arabs, is seen to be the capital of the country.

Being one of the most important places for Christians, Muslims, and Jews, Jerusalem is a city that has perfectly combined tradition and history with a 21st-century city, meaning that you can stroll around the old city and its historical sites for days and, at the same time, enjoy the endless nightlife, food scene, and modernity of the new part of Jerusalem.

Jerusalem is one of those cities that are worth spending several days in.

What if I tell you that, in a very remote part of Iran, bordering the Turkmenistan border, there is a region with an unexpectedly mystical landscape, home to a large Turkmen community who have more similarities to people from Kyrgyztan than other Iranians.

This region is called Golestan province, one of the least visited provinces in Iran, whose main peculiarity is that most of its inhabitants are ethnically Turkmen, a central Asian ethnicity originally from Turkmenistan.

From central Asian food, such as plov and kurut, to the way they dress, the Mongolian features in people’s faces and a very central Asian nomadic life, visible in their love for horses and the yurts they live in, Golestan is a different world from the rest of the Middle East.

Not many cities in the world have as much history as Erbil has.With almost 30,000 years of history, according to historians, and, today a UNESCO World Heritage site, Erbil is the capital of Iraqi Kurdistan, a city with plenty of tradition, filled with plenty of ancient bazaars, epic cafés, and historical sites.

Nevertheless, the awesomeness of Erbil doesn’t end up here and, in fact, what may surprise you is that, as well as a classic Middle Eastern Muslim city, this is also a real pro-Western metropolis. It is also a regional business hub where a large expatriate community lives and, as a consequence, has some of the most awesome nightlife in the Middle East.

Petra – One of the 7 wonders of the world

Even though this is likely the most touristic site in the region, it would be a sin not to consider one of the 7 wonders among one of the best places to visit in the Middle East.

Petra was founded in the VI century BC by the Edomites but, it didn’t prosper until the Nabateans (a group of nomadic Arabs) took over the place and built the city by carving it from the rock, making it become an important trading hub.

The architecture of Petra leaves you breathless and, besides admiring the treasury and the monastery there, I recommend getting off the path, going hiking, and taking the trails less traveled.

Beirut is the capital of Lebanon, a city that suffered one of the longest contemporary Civil Wars (25 years, ending in 1991). Today, among all the destroyed buildings, Beirut brags about being one of the safest cities in the region. With unbelievable economic growth and the rapid rise of the middle class, Beirut is the most liberal and westernised city in the Middle East (outside of Israel).

I love Beirut because of its deep, rich and contrasting history. It’s composed of dozens of districts that differ massively from each other: The hipster district of Gemmayzeh, Hezbollah areas like Bourj al-Barajneh, the student neighborhood of Hamra, old Palestinian refugee camps, the Armenian district of Bourj Hammoud, several Christian areas and much, much more! Beirut is one of the most culturally diverse cities in the world.

From the deepest underground parties to the most glamorous clubs, from local eateries to the best fine dining restaurants in the region, Beirut is a city adaptable to any kind of traveler and budget.

Saudi Arabia is a massive country and, as such, it has quite a few geographical areas, the most dramatically different being Jizan, a province bordering the country of Yemen.

Asian-like terraced fields, greenery, and monkeys comprise the mountain villages of Jizan, miles away from Saudi Arabia stereotypes, plus the people there are culturally Yemeni, from the food they eat to the way they traditionally dress. Jizan can’t be more off the beaten track.