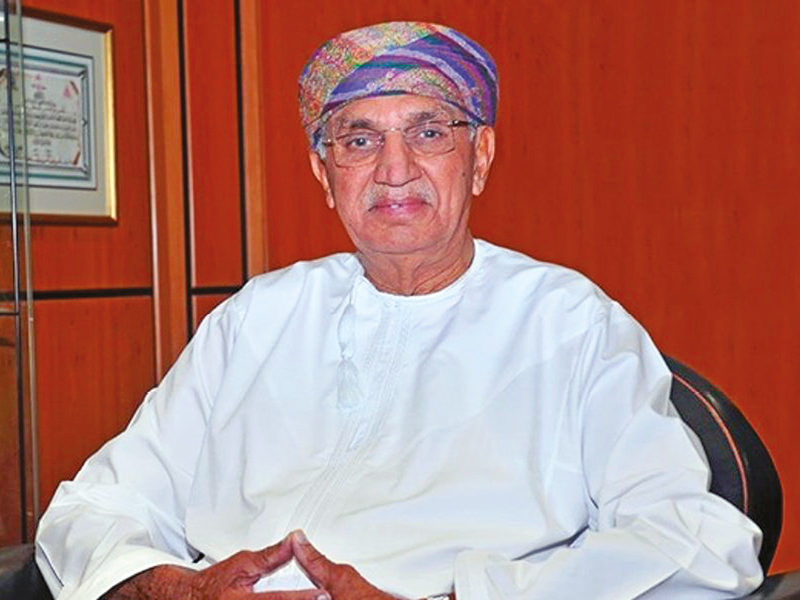 Oman woke up on Thursday to the sad news of Kanaksi Gokaldas Khimji’s death. The patriarch of the Khimji Ramdas (KR) family, popularly known as Kanak bhai, died at the age of 85. Instrumental in developing strong ties between Indian and Omani business communities, he received numerous accolades and honours from the governments of India and Oman, as well as international organisations.

Born in 1936 in Muscat, Kanak bhai completed his education in Mumbai, India. Credited for consolidating early trade in rice and dates between India and Oman, he spearheaded the KR Group’s businesses for almost five decades. Through his pioneering entrepreneurship, the group currently has a formidable presence in many other countries besides Oman.

Following his demise, the KR Group issued a statement saying, ‘He was a noble and benevolent patriarch, a philanthropist who changed lives and a visionary who inspired an entire generation. Kanak bhai leaves behind an irreplaceable void for all those who have been fortunate enough to have received his guidance and generosity.’

H E Munu Mahawar, Indian Ambassador to Oman, expressed his condolences saying that he was a father figure to the Indian community. “Deeply saddened to learn about the passing away of Kanak bhai. An institution builder, he also made huge contributions to bilateral partnerships. I will always cherish memories of my warm interactions with him. Heartfelt condolences.”

As a business leader, he was a guiding light and visionary who inspired an entire generation of businessmen. His ethical approach to business stands testament to the KR Group’s remarkable growth.

“As I heard about the sad demise of Kanak bhai, I recalled when my late wife was lying in hospital. Kanak bhai and his son Pankaj visited us in the hospital. It was so kind of them,” he said.

“I was deeply saddened to hear the news. I had the honour of interacting with him. It is difficult to find the right words to describe his special characteristics. He was kind and humble. May the Lord bless and comfort the members of his family during this time of grief,” Ali added.

Another Omani businessman, Rajendra M Ved, director of Lakhoos Group of Companies, described Kanak bhai as “a noble and benevolent patriarch, a true philanthropist at heart; a visionary who inspired an entire generation”.

“He firmly believed that business growth and giving back to society should always go hand in hand. Kanak bhai leaves behind an irreplaceable void for all those who have been fortunate enough to have received his guidance and generosity,” he said.

Condolences poured in from India too. Paying tribute, legendary Indian singer Lata Mangeshkar tweeted, “Kanaksi Khimji was like a brother to me who has left for his heavenly abode. I am very saddened to hear this.”

Offering condolences to his family, she said, “I share the pain with the family. May God grant peace to the spirit of our departed brother Kanaksi.”

On Thursday, Indian community schools in Oman remained closed as a mark of respect.

“Kanaksi Gokaldas Khimji has been the godfather of Indian schools in Oman. It is his passionate service that has established this system in Oman and ensured access to education for the Indian diaspora here. We, as the Board, schools, faculty, parents and students will remain forever indebted to his vision and contributions,” Dr Baby Sam Saamuel, chairman of Board of Directors of Indian Schools in Oman, said in his obituary message.

The contribution made by Kanak bhai in the field of education for children of the Indian diaspora in Oman left an indelible mark. He was also instrumental in starting the first Gujarati medium school in Oman in Muttrah for children of the members of the business community.

His efforts made Indian School Muscat, the first Indian community school in Oman, a reality. When the school started in 1975, there were 135 students and seven teachers. Currently, there are 21 Indian schools, where 46,000 students are enrolled with more that 2,000 teachers on the rolls. Kanak bhai was the first president of the Indian School Muscat Management Committee.

Kanak bhai was also the founding member and chairman of Oman Cricket, formerly Oman Cricket Club. Describing him as popular and always helpful – for Omanis and expatriates – Dad Mohammed al Balushi, Board Member of Oman Cricket, said, “I was very close to him and he will always be missed. He was the one who motivated and pushed me to cricket. We knew one another for over 40 years.”

Balushi believes Kanak bhai will be missed not only in the cricketing community but by all of Oman. “I feel I have lost my brother and father together.”

Kanak bhai worked tirelessly to enhance the level of the game in the sultanate, and was awarded the Pepsi – ICC Lifetime Service Award 2011 by the International Cricket Council.

Balushi said Oman Cricket is growing from strength to strength thanks to Kanak bhai’s efforts.

A philanthropist at heart, Kanak bhai believed that business growth and giving back to society should go hand in hand. He espoused children’s education and development as one of the key social outreaches for KR Group. It was his unconditional commitment to social development which led to the establishment of Eshraqa, the social development arm of KR Group, which fosters developmental work in the critical social sectors of entrepreneurship, education, health, community wellbeing and training.

Kanak bhai was granted Omani citizenship by the Late His Majesty Sultan Qaboos bin Said for his outstanding contribution to the growth of the community and economy in the sultanate.