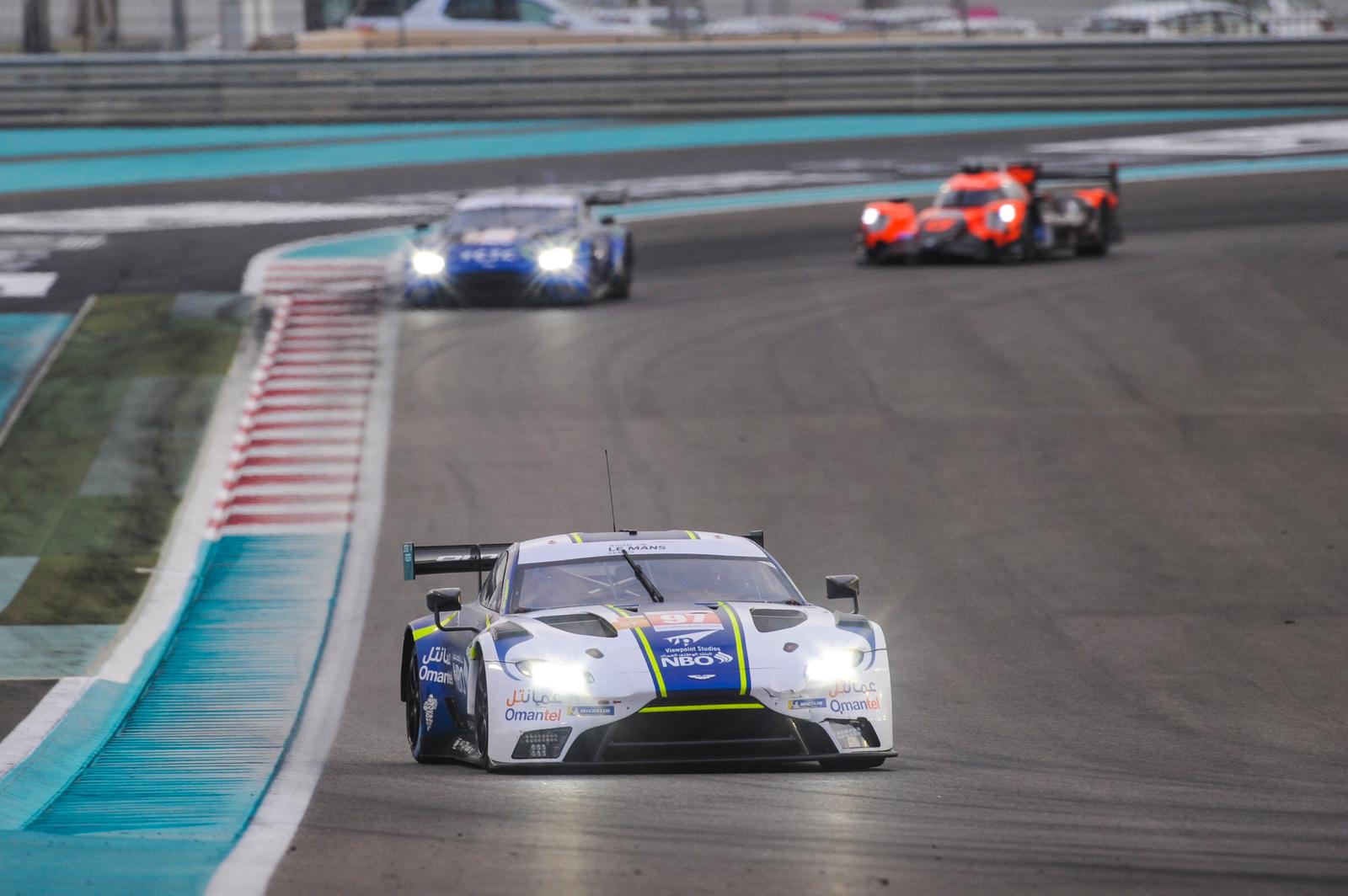 It was a story of so near yet so far. Closing in on a race victory in the GT class after a modest start to the Asian Le Mans Series (ALMS) campaign in the first two rounds, Oman’s Ahmad al Harthy and his Oman Racing teammates, Jonny Adam and Tom Canning, were left disappointed and disheartened as their victory hopes were extinguished due to a late multi-car crash in the third round of the Asian Le Mans Series at the Yas Marina circuit in Abu Dhabi, UAE, on Friday.

The incident during the final hour of the race forced Oman Racing to retire after Adam and Ahmad made a scorching start to the race.It took place after Canning had taken on the wheel for the final stretch in their No 97 Aston Martin Vantage GT3 after Ahmad had delivered a masterful class-leading performance.

The Briton was left nowhere to go when one of the other Aston Martins collided with the No 27 Ferrari F488. It was a bitter blow for Oman Racing, after the squad had been in contention for the podium for the majority of the race and class victory looked increasingly likely throughout Ahmad’s faultless stint in the middle part of the four-hour encounter. “When everything goes according to plan, even better than we thought it could, we didn’t expect that to happen in the last 50 minutes,” said Ahmad.

“A great stint from Jonny [Adam] at the start, taking the car into the top-four [from P9]. We really capitalised in the pitstops with the Full Course Yellow, running me as long a we possibly could in the middle stint. I was really happy with my pace, honestly it was one of the strongest races I’ve driven in my life. The pace is very strong in this championship so for us to be leading our class, me handing over the car to Tom in P1, was incredible.”

“Tom was so unfortunate, the accident happened in front of him and there was nothing he could do – no fault of his own. We’re disappointed not to finish the race and get our first podium of the season, but we have another race on Sunday and we’ll fight as hard again. I really want to thank the team for doing such an amazing job and giving me an incredible car.”

The build-up went well during the test sessions on Wednesday and Thursday. Adam took qualifying duties during the grid-determining sessions on Friday morning and posted the ninth fastest time in GT class.