None of my business 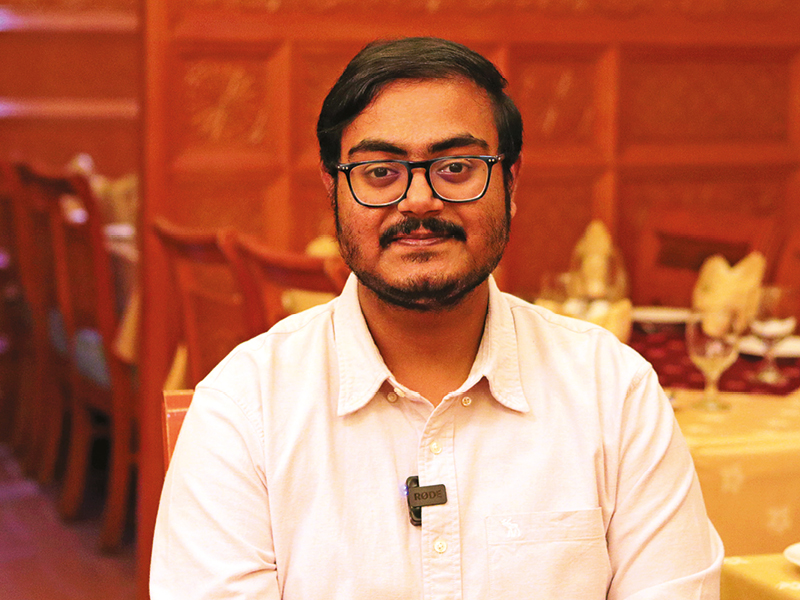 Just not superheroes and villains, everyone has – or would like to have – an alter ego to give vent to their wild dreams. If nothing, it helps take the mind off endless deadlines, commitments, cut-throat competition or just everyday banality.

‘NONE OF MY BUSINESS’ unveils people who make news as they’re prodded to reveal little known facets of themselves – everything not related to their work and profession. Here is Anuj Singh, entrepreneur, up close and personal.

If you were born in Jamaica, what would you be doing now?

I would be a street performer. With a guitar sitting on a bench in park, I would be singing songs because Jamaica is known for music.

It was Arnold Schwarzenegger in the film Terminator II.

What food can instantly tackle an angry spouse?

I am sure it will be dessert because it is sweet.

Sing two lines of a song on love.

(Hesitates) I am not so good with songs and I am not a singer.

A day without a smartphone or a night without air-condition? Why?

I will opt for a day without smartphone because it will give me more time to mingle with others. Also sleep will make me look good.

Did you ever steal anything in childhood?

Oh! yes, I did steal occasionally from my dad’s office – mainly  fancy pens. Also coins from his wallet.

In the next 30 years, what will people be nostalgic about?

Probably in the next 30 years, the old ways of mixing in society will be badly missed. As we become  modernised and digitalised, and more and more people get busier,  we will soon miss social bonds.

Which Disney character suits you?

I love the film Lion King. It has a character called Pumbaa – he’s my favourite. I like him because he is cheerful and doesn’t care about anything, living life to the max.

How do you react to  annoying honking drivers in traffic?

It is a very annoying thing. I will probably get very angry and turn away my face, but I will not say anything to him. (Makes angry expression).