Demand for vaccine picks up as fears over safety fade 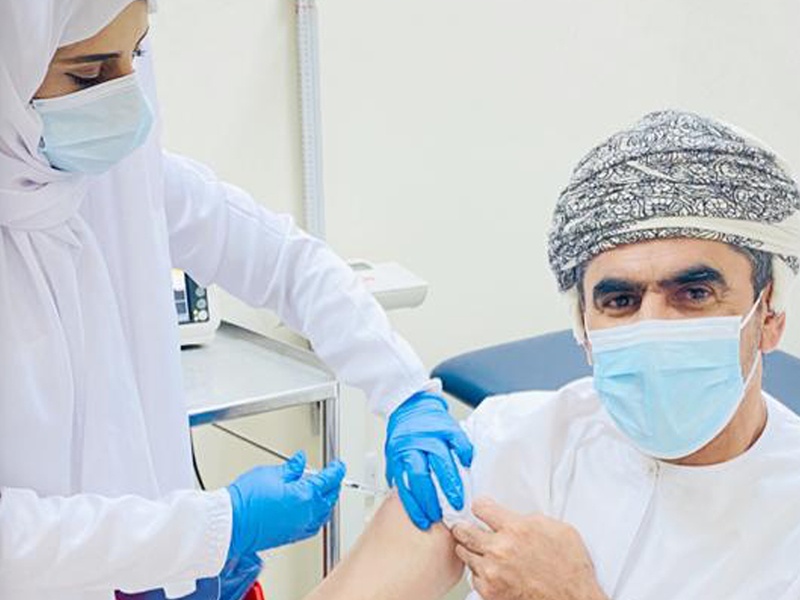 Public apprehension over COVID-19 vaccines is being gradually allayed after the initial unconfirmed reports from around the world about side effects and deaths following immunisation. Vaccine uptake has since increased in some sections of society in the sultanate.

Authorised vaccine administering health centres have witnessed sizeable numbers of recipients in recent days.  Jamal al Musallami’s first attempt to get the vaccine was unsuccessful. “I went early morning to the Bausher centre. The nurses took my contact details saying that they would contact me if there was any chance.”

He did, in fact, receive a call from the centre later to go for the jab.

Others like Talal Masoud are still waiting for a call. “I went to try my luck to get the vaccine but seeing the long queue, I came back after leaving my details with the health centre.”

Like many others, K Balakrishnan, a 65-year-old Indian expat, was initially hesitant to get immunised owing to the rumours surrounding the vaccines. “But I felt assured after medical experts and government agencies cleared the air. So I went and while there, I saw a big crowd. I was declined the first day, so I went the next and managed to get the jab.” Balakrishnan has also got his booster dose.

Sri Lankan expat D Karupaiya too has got his second shot. “As the virus and its variants wreak havoc, the only way to be safe and secure is to get the vaccine. We cannot live in isolation and lockdown is not an option. I am sure the vaccine will develop our immunity and save us from further disaster.”

H E Dr Mohammed bin Ahm-ed al Sa’eedi, Minister of Health, however, recently said in an interview to Oman TV that turnout in some governorates is still low and asked all those in the target categories to get vaccinated.

H E Dr Sa’eedi assured that the vaccines are safe and pose no risk. “The government is in touch with COVID-19 vaccine manufacturers with the aim of covering 60 per cent of the population.”

As many as 14,463 individuals have been immunised with Oxford-AstraZeneca vaccine so far.

The Ministry of Health (MoH) on Wednesday announced 277 new cases of COVID-19, taking the total to 138,206. There were five deaths and 209 recoveries in this period.

‘The number of recoveries has increased to 129,752, while the number of deaths has reached 1,549,’ an MoH statement said, adding that the rate of recovery now stands at 94 per cent.

As of Wednesday, a total of 147 patients were admitted in health institutions, including 46 in intensive care units.

MoH advises all citizens and residents to continue washing hands with water and soap, avoid touching the face, nose, mouth and eyes, and follow healthy habits when coughing and sneezing.