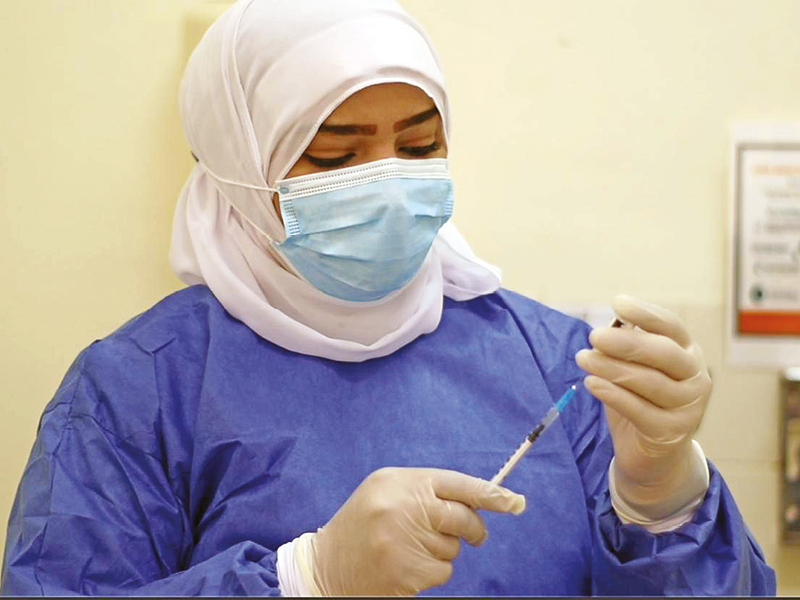 There is a worrying increase in the number of patients in intensive care units (ICUs) with COVID-19, H E Dr Ahmed bin Mohammed al Sa’eedi, Minister of Health, has said.

In an interview with Oman TV, H E Dr Sa’eedi said, “There has been a noticeable and worrying increase in the number of patients in intensive care with the coronavirus. The percentage of people recovering from COVID-19 has reached 94 per cent, but the number of intensive care patients rose by over 100 per cent in just two weeks to 41 on Monday. The Supreme Committee will take action against those who fail to adhere to its decisions.”

In this context, the minister said, “The closure of North Sharqiyah governorate was due to a 100 per cent increase in intensive care cases in Ibra hospital, which was due to negligence on the part of some people.”

Talking about the vaccine, H E Dr Sa’eedi said, “The turnout in some governorates is still low,” and advised that the target groups should take the available vaccine.

Explaining the situation, the minister said, “Some patients in the intensive care units were offered vaccination, but they refused.”

He added, “There is no scientific evidence that delay in taking the vaccine reduces its effectiveness. People who received the first dose of the Pfizer-BioNTech vaccine will get the second dose and the delay will not impact efficacy of the vaccine.”

H E Dr Sa’eedi asked citizens to avail the services and go for the vaccines at the earliest. Contrary to rumours, he assured, the vaccines are safe and there are no risks.

According to statistics issued by the Ministry of Health (MoH), the total number of those vaccinated with the Oxford-AstraZeneca vaccine during the first phase of the national campaign for immunisation against COVID-19 reached 13,055 and 19,019 for Pfizer-BioNtech so far.

The ministry on Tuesday reported 337 new cases of COVID-19, taking the total to 137,929, with report of one death. The number of those that recovered has increased by 252.

‘The number of recoveries has increased to 129,543, while the number of deaths has reached 1,544,’ the MoH statement said.

As of Tuesday, a total of 141 patients were admitted in health institutions, including 28 in ICUs.

The Directorate General of Health Services in Dhahirah governorate has announced the expansion of the target group to receive the Oxford-AstraZeneca vaccine in the first phase of the national campaign for immunisation against COVID-19 in the governorate.

A statement said, ‘We confirm the new target group to receive the Oxford-AstraZeneca vaccine includes categories such as all the elderly aged 65 years and older (healthy or suffering from chronic diseases), aged 18 years and older who suffer from kidney failure and those undergoing dialysis and chronic lung diseases, chronic obstructive pulmonary disease, interstitial lung disease and asthma (with disease severity varying from medium to high).’