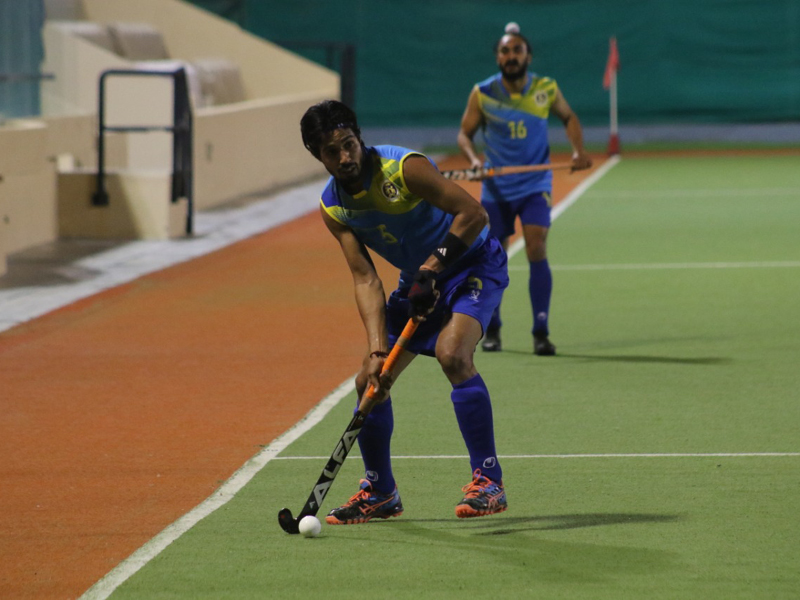 It is that time of the year when hockey fans in the sultanate can look forward to not only some thrilling action but also get an opportunity to watch some of the big names from two Asian hockey powerhouses – India and Pakistan – in Muscat.

For many years, in fact, last three decades, clubs in Oman have been hiring international stars, including Olympians and World Cuppers, in their pursuit of His Majesty’s Cup title honours.

This year marks the 50th anniversary of the HM’s Cup Hockey Championship, the oldest and most coveted tournament in the country. The event was scheduled to be held last year but due to the coronavirus pandemic was postponed to January this year.

The first round got underway on January 30 and after the conclusion on Sunday, eight of the 14 teams booked their spot in the second round. With the crucial second round featuring the big clubs of Oman, the eight sides remaining in fray have been using their best contacts and offering attractive incentives to lure some of the top players to play and help them achieve the ultimate glory- HM’s Cup.

The first round itself witnessed few of the clubs like Al Salam, Dhofar, Nizwa and Bausher rope in players from Egypt, Pakistan and India.

At the end of the first round, Majees (12 points from four matches) and Sohar (6 pts) advanced from Group One while defending champions Al Nasr (18 pts, six games) and Dhofar (12 pts) made it to the next round from Group Two.

Last season’s runner-up Ahli-Sidab (18 pts, six games) and Nizwa (10 pts) booked their berths from Group Three while Bausher (12 pts, four games) and Seeb (6 pts) completed the top-eight line-up for the second round, which begins on February 22 and conclude with the summit clash on March 1.

H E Dr Abdullah bin Nasser al Harrasi, Minister of Information, will preside over the final at the Sultan Qaboos Sports Complex (SQSC), according to an Oman Hockey Association (OHA) statement on Monday. The summit clash will begin at 7pm.

Bausher, which is fielding a young team under new coach Saleh al Farsi, a former UAE national team coach, has managed to rope in the only Olympian for this edition of HM’s Cup as they signed a deal with Pradeep Mor.

The 28 year old defender, who has taken over the role of a midfielder here, represented India at the 2016 Rio Olympics under Sreejesh, where India reached the quarterfinals.

Farsi said that he had ‘high hopes from Mor along with two other Indian players – Gaganpreet Singh and Sukhjeet Singh’.

Gaganpreet is known for his dragflicking skills and the trio have featured in only one game so far against Seeb.

Yet another dragflicker who has been making an impact for his country is Pakistan’s Mubashar Ali, who has been brought in by former champions Seeb.

Mubashar has been a key player for Pakistan in recent times and played in the 2018 World Cup and also the Champions Trophy. He will be joined by his countrymateMuhammad Ateeq, the forward, who was Mubashar’s teammate at the 2018 World Cup.

Young India Junior World Cupper, Abharan Sudev, who is considered to be one of the brightest prospects in his country, will be joining Mubashar and Ateeq in Seeb’s squad as they chase glory, which has eluded them since 2016.

Seeb have won the title 11 times, the same as Ahli-Sidab, while holders Al Nasr have won it eight times.

Al Nasr have decided to go for experience and youth as they have hired experienced Egyptian internationals, Ahmed Ezz and Mohammed Idrees, along with India Junior World Cup winner, Arman Qureshi.

Abbas, a midfielder, has played for Pakistan at the 2018 World Cup and Champions Trophy while Muneeb was a member of the national junior World Cup team in 2016.

Heavyweights Ahli-Sidab have been putting a lot of trust in former India Asian Champions Trophy winner Affan Yousuf, who has been regularly making visits to Oman for this particular tournament over the past five years.

He has come back and has been joined by Indian World Cupper Jasjit Singh Kular, who also was with the club last year. The duo will have company of young Indian midfielder Sayyad Niyaz Rahim this time as the club chases a record 12th title.

Nizwa and Majees have not been left behind in hiring international players. Majees have opted to hire all three Egyptian players – Amr Mohammed Morsi, Mohammed Adel and Hossam Mahmoud and Nizwa have struck deal with Egypt’s  international Mostafa Mansour and Mohamed Mansour along with Pakistan World Cupper Muhammad Azfar Yaqoob.

Sohar too have relied on Egyptian players though the club have not revealed the names of players they have signed yet.

Speaking about the role of foreign players in the tournament, Bausher’s coach Farsi said, “The presence of such world-class and experienced players make a world of difference for young Omani talent.

“They learn a lot by playing along and against them. In my team, I have mostly players from Oman junior team and they are bound to gain from the wealth of knowledge and skills of Olympian like Mor and dragflicker  like Gaganpreet.”

With coaches and clubs in Oman making it a tradition of sorts to hire the best players during the HM’s Cup, it provides a good platform for national young players to gain in all aspects of the game, which in turn, will go a long way in improving hockey in the sultanate.

(All matches at the Sultan Qaboos Sports Complex)