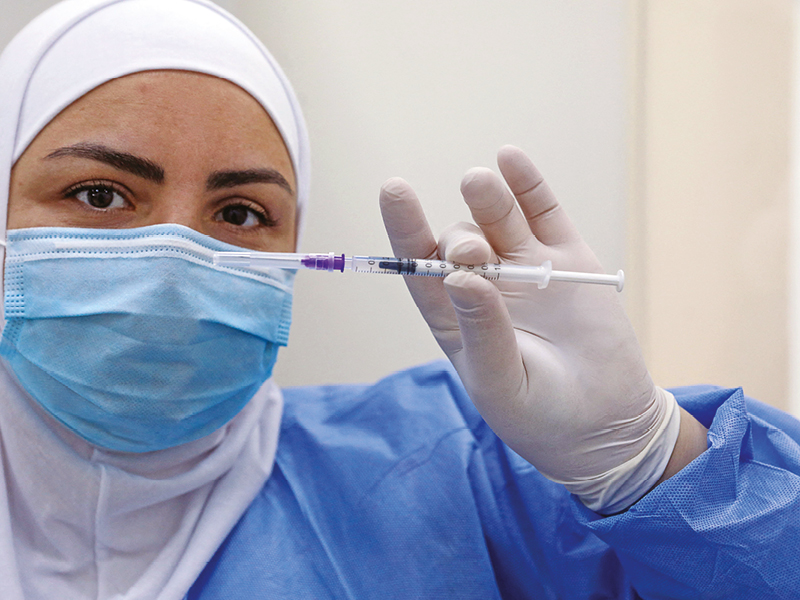 The Ministry of Health (MoH) started administering the second dose of the COVID-19 vaccine produced by Pfizer-BioNTech on Sunday, as the sultanate received the third batch of 17,550 doses on Saturday.

‘Those targeted are the elderly and those with chronic diseases who have already received the first dose of the vaccine,’ the MoH said in a statement, adding that ‘vaccination will be administered at previously announced venues’.

As many as 10,153 people have been vaccinated with the Oxford-AstraZeneca shot so far, according to statistics issued by the MoH. The number accounts for 14 per cent of the target segment.

The campaign is aimed at vaccinating people aged 65 and older in all governorates, irrespective of their health condition.

The ministry has called upon all groups targeted by the two vaccines of Pfizer-BioNtech and Oxford-AstraZeneca to take their doses.

There were three deaths and 593 recoveries in this period.

‘The number of recoveries has increased to 129,054, while the number of deaths has reached 1,542,’ the MoH statement said, adding that the latest rate of recovery is 94 per cent.

As of Sunday, a total of 140 patients were admitted in health institutions, including 39 in intensive care units.

The MoH calls upon all to adhere to the isolation procedures by staying in an isolated room with an attached toilet and serving the isolated person from outside the room as instructed. It said that social distancing helps curb the spread of the virus.

The ministry advises all citizens and residents to continue  washing hands with water and soap, avoid touching the face, nose, mouth and eyes, and follow healthy habits when coughing and sneezing.