Golden green leaf in the sea 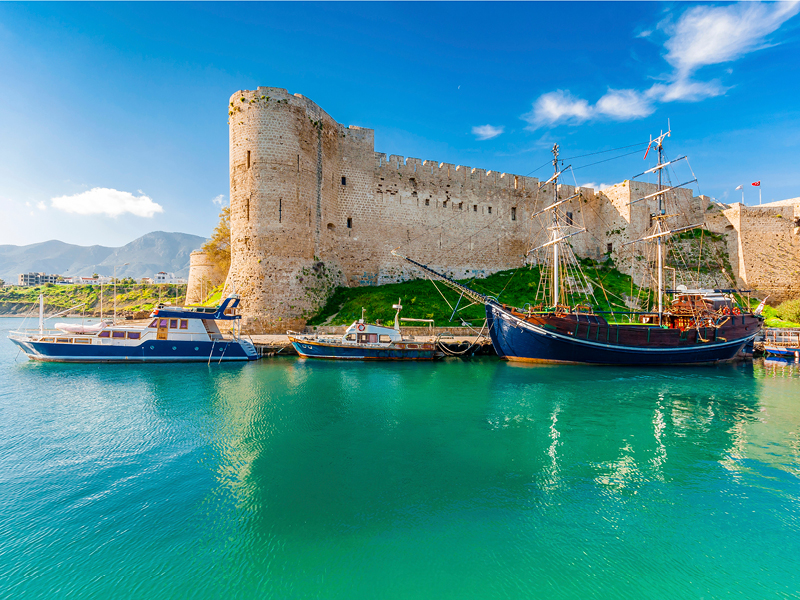 : Whatever the season, Cyprus provides ample opportunity to experience something new, interesting and exciting, including activities, events, customs and places that are unique and special to the island.

One of the most endearing destinations in the Middle East, Cyprus, is an island in the eastern Mediterranean Sea, popular since ancient times for its mineral wealth, bountiful produce, and natural splendour. It is the third largest Mediterranean island, after Sicily and Sardinia.

Described as ‘a golden-green leaf thrown into the sea’ by the Greek Cypriot poet Leonidas Malenis, Cyprus comprises tall mountains, fertile valleys, and wide beaches. Settled for more than 10 millennia, today Cyprus stands at a cultural, linguistic, and historic crossroads between Europe and Asia. The cities of Nicosia, Limassol, Famagusta, and Paphos, long influenced by generations of conquerors, pilgrims, and travelers, now have a purely cosmopolitan atmosphere.

According to the official portal of Cyprus Tourism, Cyprus is a small island with a long history and a rich culture that spans 10.000 years, making it one of the oldest civilisations in the Mediterranean – as evidenced by the many fascinating cultural sights, museums, monuments and galleries.

Situated at the crossroads of three continents – Europe, Asia and Africa – the island’s unique geographic position has played an important part in its turbulent past since antiquity. Its Prehistoric Age inhabitants were joined 3,500 years ago by the Mycenaean Greeks, who introduced and established their civilisation, thus permanently instilling the island’s Greek roots. Many other cultures followed thereafter, including Phoenicians, Assyrians, Egyptians, Romans, Franks, Venetians, Ottomans and British, who all left behind visible remnants of their passage, and have thus created a mosaic of different cultures and periods.

As such, the island is an open-air museum of prehistoric settlements, classical Greek temples, Roman theatres and villas, early Christian basilicas, Byzantine churches and monasteries, crusader castles, Gothic cathedrals, Venetian fortifications, mosques, and British colonial-style buildings. The old ways of life, customs and traditions are still beautifully preserved in the rural villages, and interesting elements of the island are captured in the many museums and galleries.

UNESCO includes a number of the island’s sights on its list of World Heritage Sites. When visiting Cyprus, you will never have to look far to find a piece of its history and culture, whether you want to discover more about the traditions of the island, or immerse yourself in its captivating past.

Located south of Turkey and west of Syria, the flight duration between Oman and Cyprus is around five hours but, depending on airline connections and stopovers, it could take between 7-12 hours to get there. Cyprus also lies on major migration routes for birds and, in spring and autumn, millions pass over the island.

An official travel advisory states, “Cyprus is now ready to welcome travelers from various countries. Having successfully dealt with the COVID-19 epidemic, we are glad to let you know, that you can explore our beautiful island once again.”

Romantically situated across a coastal cliff with tumbling views of the countryside and Mediterranean below, this is a magical place. The entire site is vast, but the most famous places to visit while here are the theatre and the House of Eustolios which holds a clutch of fine, well-preserved mosaics.

One of the Mediterranean’s most beautiful castle ruins, St Hilarion is an old crusader bastion and home to many myths and legends. Local lore claims the castle itself was built by a fairy queen, who used to charm local shepherds on the slopes here.

The most beautiful region in Cyprus is the lonely and rugged Karpas Peninsula, which stretches out in a long finger of golden beaches backed by rugged hills. It is Cyprus’ least trodden area with sublime hiking, quaint villages, and hidden historical sites in abundance.

This huge archaeological site is home to a wealth of marble ruins and ranks up there with Ancient Kourion as the top historical site on the island. Wandering along the dirt tracks of Salamis between sets of ruins from a muddle of different time periods is a lesson in the vast history of Cyprus.

This tiny but perfectly formed castle just outside of Limassol is an old crusader stronghold and a reminder of Cyprus’ importance for the Europeans during the Holy Land Crusades. First held by the Knights of St John, the castle was used as a commandery for the area.

Cape Greco is an impossibly pretty coastal national park with a variety of walking trails that start just east of the resort of Agia Napa. There is a wonderful variety of local flora here, particularly many of Cyprus’ endemic wild orchids, but the real highlight is the spendid coastal scenery.

The House of Dionysus is home to an incredible collection of mosaic floors that are feted for their excellent preservation and vibrant colouring. The House of Dionysus remains the most visited part of the site because it contains the best examples of intricate mosaic artistry.

Extremely well-curated, the museum takes visitors on a journey from the Neolithic age right up to the Ottoman era using beautiful artifacts to show the sophisticated artistry of each period. The standout exhibits are the huge collection of terra-cotta votive statues