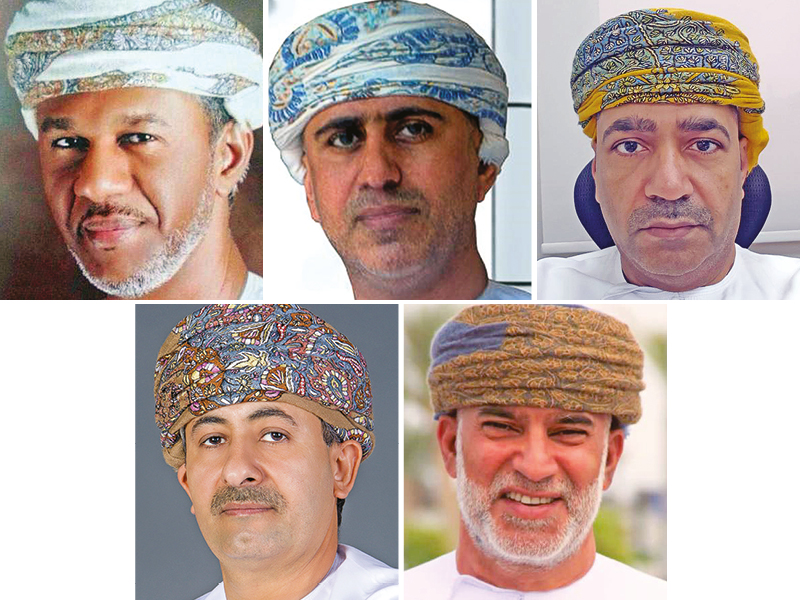 A number of CEOs and decision makers of companies who won His Majesty’s Award for Industrial Excellence 2020 emphasised on the continuation of their efforts to increase their companies’ productivity, in order to strengthen the sultanate’s GDP, to enhance the quality of Omani products, raise Omanisation levels, support social responsibility activities, and look for alternatives and solutions to develop Omani industries.

They expressed that the award will contribute to improve the performance of the industrial companies and factories and stimulate the sustainability of Omani industries.

They also stressed that the implemented improvements for the completion process for the award had reflected the vision of the Ministry of Commerce, Industry and Investment Promotion, which aims at creating a competitive business environment that can contribute effectively to the performance of the national economy.

He added that all the affiliates of Sohar Aluminium are proud of the company winning the award, as it bears the name of His Majesty the Sultan, as well as it is considered as an appreciation of the efforts of the company’s employees and their contributions to its achievements and successes.

“This award also motivates us to exert more efforts to continuously improve, sustaining the company’s operations, expanding production, enhancing the company’s contribution to the diversification of the national economy, and playing an effective role in achieving the goals of Oman Vision2040,” Eng Masoudi added.

The CEO of Sohar Aluminium emphasised that the support and facilitation provided by the government to the Omani industry, in terms of developing the infrastructure, governance, creating a competitive business environment, promoting Omani industrial products, creating an effective partnership between the public and private sectors, and supporting the small and medium industrial enterprises, have resulted in enhancing its competitive capabilities and strengthening the confidence of the local and foreign investors in the sultanate’s investment environment.

“These incentives lead us to optimism that the Omani industrial sector will witness an increasing growth in the upcoming years, while it will be reinforced by the pillar of ‘achieving wealth through a diversified economy and empowering the private sector’ as for the Oman Vision 2040,” Eng Masoudi added.

He stated that a number of factors played an important role in the company’s wining, including the company’s commitment to the quality, preservation of the environment, the involvement of national cadres in the production process, and the company’s full commitment toward its customers and its business partners.

Mohammad bin Harith al Barashdi, CEO of Oman Fiber Optic Company, which won the third place, said, “We are proud of this win, which means a lot to us, as it contributes to enhancing the company efforts for further development in the upcoming years.”

Barashdi emphasised that winning the award came as a result of the team work of the company’s employees in improving the work environment in the company in all its details, considering winning the award as motivation for further development and growth of the company, which contributes to the development of the telecommunications sector locally and regionally. The company has implemented a strategic business plan 2019-2023, where it uses the maximum available capabilities of the company’s new factories and focusing on the innovation to provide high-quality products with high completion capabilities.

“Oman Fiber Optic Company is managed by qualified Omani cadres in various administrative levels, while the total Omanisation percentage reaching 60 per cent in all the company divisions, and 58 per cent in the fibre optic cable factory.”

Dr Waleed bin Khalid al Zadjali, chairman of the Board of Directors of the National Pharmaceutical Industries Company, praised the role of the company’s board of directors and the employees.

He said, “Winning the fourth place of HM’s Award for Industrial Excellence will motivate the company’s employees to continue their efforts to meet the needs of the community in terms of healthcare in a scientific method, while the company gains a wide reputation in the domestic and foreign markets.”

Dr Zadjali stated that the National Pharmaceutical Industries Company is planning to enter the European and United States markets during the next stage in cooperation with major companies in the pharmaceutical industries, and it is also planning to get involved in the field of manufacturing vaccines for various types of diseases.

The company, with production capacity of 1.3bn tablets annually, 32mn packages of syrups annually, 70mn packed bags of powder annually and of 263mn capsules annually, which is exporting 70 per cent of its production, has also achieved 36.9 per cent of Omanisation. It has appointed more than 50 Omani employees who hold bachelor’s and diplomas of pharmacy and chemical engineering, confirmed Dr Zadjali.

Saud bin Suleiman al Riyami, chairman of National Aluminium Products Company (Napco), the company which won the fifth place in the award, assured that the wining of this award will enhance the quality of the company’s products and its completion capabilities, while it is expanding the distribution of its products reaching America, Australia and Europe, where it has a great ambition to open new markets for its products.