‘Oman voice of reason, wisdom in the region’ 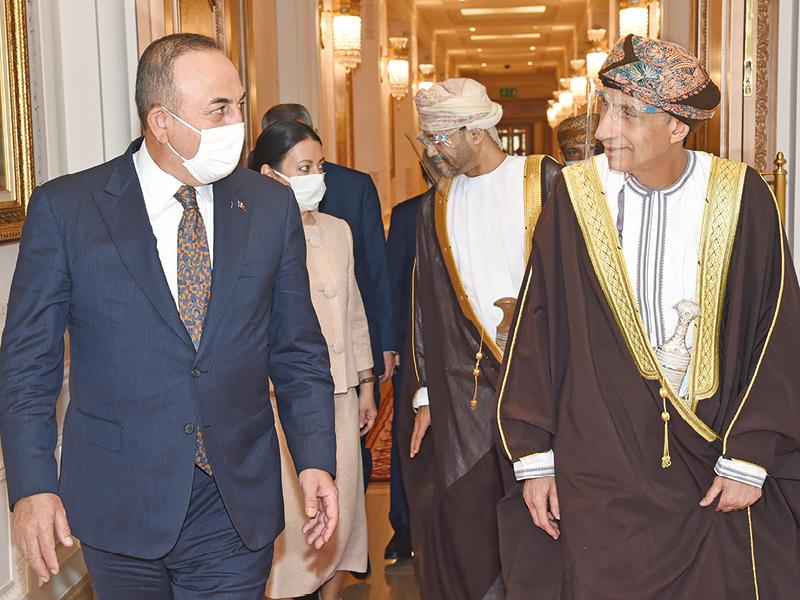 Mevlut Cavusoglu, Minister of Foreign Affairs of the Republic of Turkey, lauded the Oman’s foreign policy and its efforts in coming up with solutions for the regional conflicts. He described the sultanate as a voice of reason and wisdom in the region.

At a joint press conference held in the Foreign Ministry on Wednesday with Sayyid Badr Hamad al Busaidi, Foreign Minister, Cavusoglu said that his country supports the sultanate’s endeavours to maintain security and stability in the region.

He expressed his country’s keenness to promote relations between the two countries in various political, economic and commercial areas. He pointed out that the talks between the two sides reviewed the regional developments after the recent GCC Summit. “Turkey is a strategic partner of the GCC and it is ready to work closely with the sultanate and the rest of the Gulf countries on regional issues,” Cavusoglu said.

He also added that the talks touched on the Palestinian cause and developments in Libya, Syria and Yemen.

On his turn, Sayyid Badr said that the session of talks was fruitful as it touched on bilateral relations and means of enhancing these in the fields of economy, tourism and culture.

He added that the session covered regional and international issues of common concern, affirming that there is a great rapprochement in views between the two countries on different issues.

The session was attended by Ayse Sozen Usluer, Turkish Ambassador to the sultanate, and officials from both sides.

After Sayyid Fahd welcomed the guest and his accompanying delegation, the growing relations between the two friendly countries and means of promoting cooperation between them were reviewed in economic and trade fields, in addition to encouraging joint ventures. Current regional and international issues and developments were also reviewed.

The Turkish minister conveyed greetings of the leadership of Turkey to His Majesty Sultan Haitham bin Tarik.