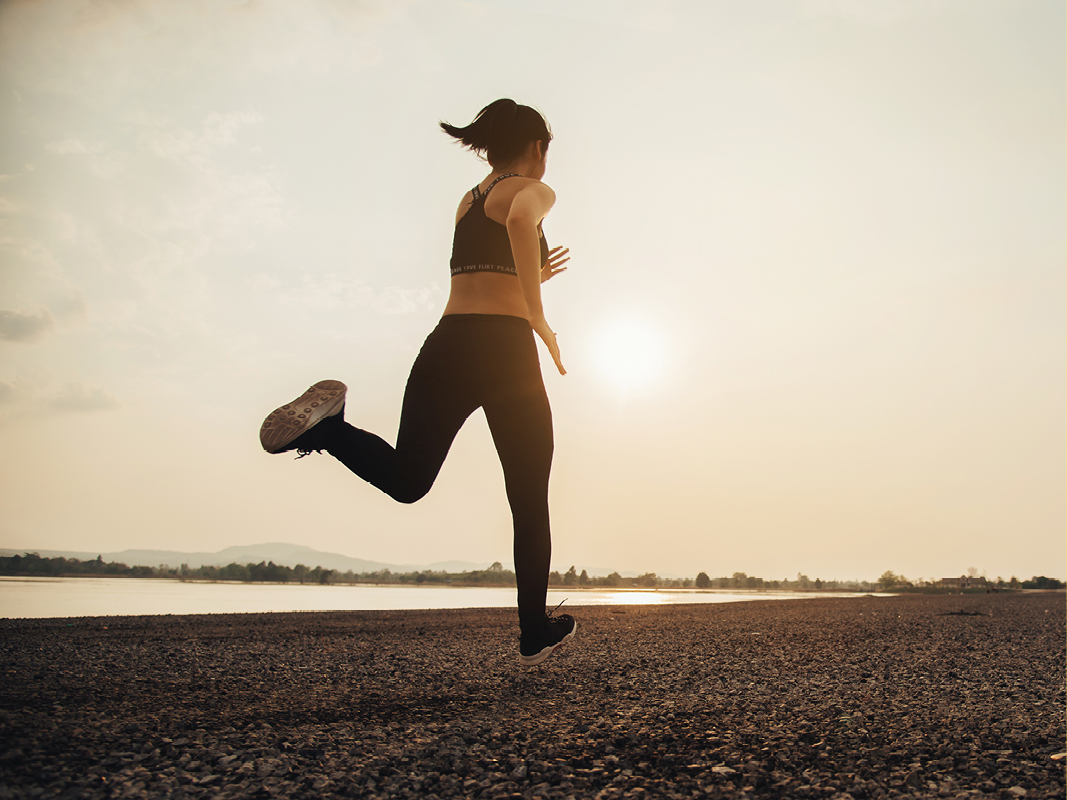 Iliotibial band (ITB) syndrome is the second most common cause of pain in runners, accounting for nearly 10-12% of running-related issues. “IT band syndrome affects predominantly female runners and is associated with a tight IT band and weak hip abductors. So strengthening and stretching the hip abductors can restore balance and prevent inflammation,” says Dr Biswajit Dutta Baruah, consultant orthopaedic surgeon, KIMS Oman hospital.

Arun was one of the top notch runners in our group. He was older than most of us, but that wouldn’t stop him from zipping past us. It was not his day as he struggled to keep up pace with the group. “It’s my IT band,” he muttered under his breath shaking his head as he hobbled across the finish line.

Recreational running has been a popular form of exercise since the 1970’s due to the potential health benefits and convenience, requiring one to pick up, at the most, a pair of shoes. Iliotibial band (ITB) syndrome is the second most common cause of pain in runners. It accounts for nearly 10-12% of running related issues. Most of the affected runners complain of pain around the outer aspect of their knee.

The IT band is a long fibrous sheet of tissue that runs along the outer aspect of the thigh. It adds to the stability of the knee especially during activities like running or walking. James W Renne, from the US medical Corps, first described iliotibial band (ITB) syndrome in 1975 in the US Marine Corps recruits.

ITB syndrome at the knee is caused by friction between the iliotibial band and the lower prominent portion of the thigh bone (lateral femoral condyle – LFC). Repetitive irritation can lead to chronic inflammation and pain. It is common among those that involve in sports with predominantly lower limb activity as in runners, cyclists, skaters and participants of hockey, basketball and football.

The friction theory suggests that the pressure or compression of the IT band is maximum when the knee is bent to an angle of 30 degrees. This is the reason why patients feel the pain when the heel strikes the ground with the knee in a bent position.

There are others who believe that there is compression of the bursa – viscous fluid filled sac separating the IT band from the underlying thigh (femur) bone or fat pad leading to inflammation in that area. At times, the tight band of tissue may slip at the top end of the thigh bone closer to the hip causing an almost audible snap – snapping hip.

Pain when present can be very intense and sharp preventing the runner from continuing his or her run. Pain can radiate upwards along the outer aspect of the thigh or even down the leg towards the mid calf region. Though intense during a run, the pain is usually absent or minimal when the patient walks or keeps the knee straight when moving, again
re-appearing when the patient bends his knee while climbing stairs or inclines.

An orthopaedic surgeon or a physiotherapist can diagnose the issue by examining the leg and performing the Ober’s test, which is a physical test done at the clinic. An ultrasound examination of the area may help to confirm the diagnosis. X-rays are not helpful as bone is not involved.

Initially, the physician may prescribe NSAIDs (pain medications) to counter the inflammation at the side. Physical therapy in the form of Ultrasound massage or cryotherapy may also help relieve the inflammation.

Foam rolling is known to relieve pain and release adhesions at the site of inflammation. A foam roller is a light weight cylindrical tube lined with compressed foam that is used to gently massage over the affected area. The primary issue is tightness of the IT band, so stretching the IT band by specific exercises will be helpful in not only alleviating the symptoms but also preventing a recurrence.

A common finding in those with ITB syndrome is strong hip adductors – muscle groups that bring the leg across the midline and weak hip abductors – muscle groups that take the leg away from the midline. This is commonly seen in women who have broader hips and narrow knees when compared to men. So strengthening the hip abductors and stretching the hip adductors can restore balance and prevent ITB inflammation.

If pain is severe or does not respond to oral medicines, steroid shots can provide short term relief. Obviously, the patient needs to avoid running or any other sport he or she is involved with. Most patients will have complete relief and be able to return to their sporting activity in 6-8 weeks.

Rarely, in a few patients, symptoms may worsen and may persist upto 6 months. In such patients, surgery may become necessary. This may involve removal of the bursa, cleaning up of the inflamed tissue or release of the tight fascial tissue.

Rehabilitation is necessary before the runner can return to his/her activities. The recommended programme would involve running on alternate days on flat surfaces initially. Focusing on fast-paced running and avoiding downhill running is critical. At 3-4 weeks, the runner can increase distance and frequency of runs. With a gradual increase in activity, the runner may progress to doing hills if there is no recurrence of pain or clicking when running on flat surfaces.

In conclusion, IT band syndrome affects predominantly female runners and is associated with a tight IT band and weak hip abductors. Stretching of the IT band and strengthening of the hip abductors can help relieve pain. Ice therapy and foam rolling are helpful. A gradual return to activity will ensure that most patients have total relief of symptoms in 6 months.

Arun worked with his physical trainer and used foam rolling. Very soon he got back in the lead, afresh and ready to hit the road. There was no looking back for him!