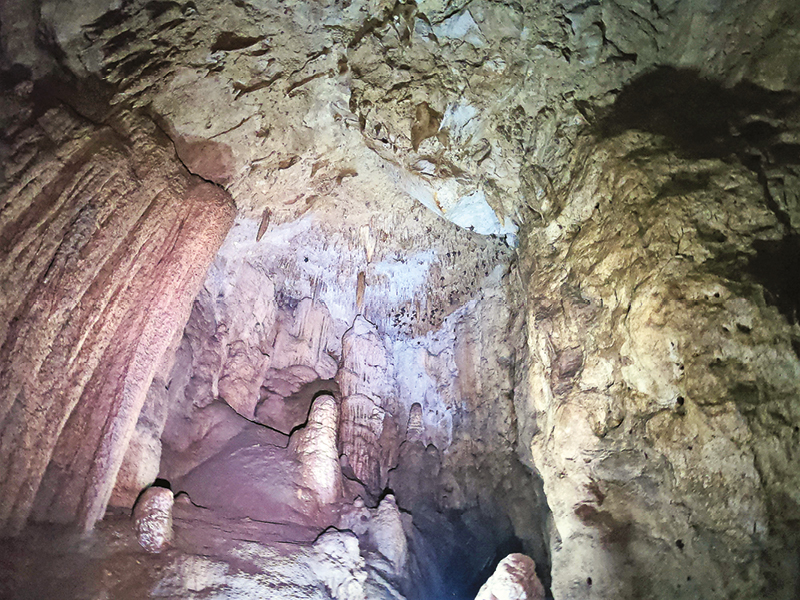 A group of speleologists has discovered a new cave in Jebel Samhan in Dhofar governorate, adding to the number of caves discovered in the sultanate in the past five years.

The cave was discovered as part of the pioneering efforts of the Omani Caves Exploration Team (OCET) which, in last five years, has explored and documented more than hundred caves in the sultanate.

Jebel Samhan is one of the major mountain ranges of Dhofar, whose highest peak reaches 2,100m. Jebel Samhan has many levels that are traversed by deep and narrow mountain passes, some of which are up to a thousand feet deep.

Speaking to Muscat Daily, Dr Mohammed al Kindi, a geologist and one of the team members, said, “The cave has a fresh water pond and wonderful rock formations. But to go down and explore the cave, one needs to be very cautious of this exhausting and risky adventure because of the multiple vertical slopes and the presence of slippery surfaces in many parts of the cave.”

“Going down is treacherous and need expert hands to use the ropes,” he added.

The cave offers a quiet ambiance for many illusive birds such as owls to make it their habitat.

“There is enough room inside the cave where bats fly undisturbed,” Dr Kindi said, while the lake inside the cave “is deep and its fresh water makes swimming experiences pleasant.”

Talking about the team’s goals, he said it aims to explore caves in the sultanate and document them.

“We use geological maps to discover these caves. Our teams calculate the age of cave deposits and the level of water in some of the ponds. The whole process is scientific.”

About the group’s future initiatives, Dr Kindi said they are in the process of publishing a book soon on their research work.

“Our team took five years to register over 101 caves from different governorates of the sultanate and we are planning to document them in a book form. We have added this new discovery to our book.

“The book, which is being brought out both in English and Arabic, will help in marketing these caves among adventure tourists,” Dr Kindi said, adding that “cave tourism is a big industry in many parts of the world as adventurers love to explore such caves”.