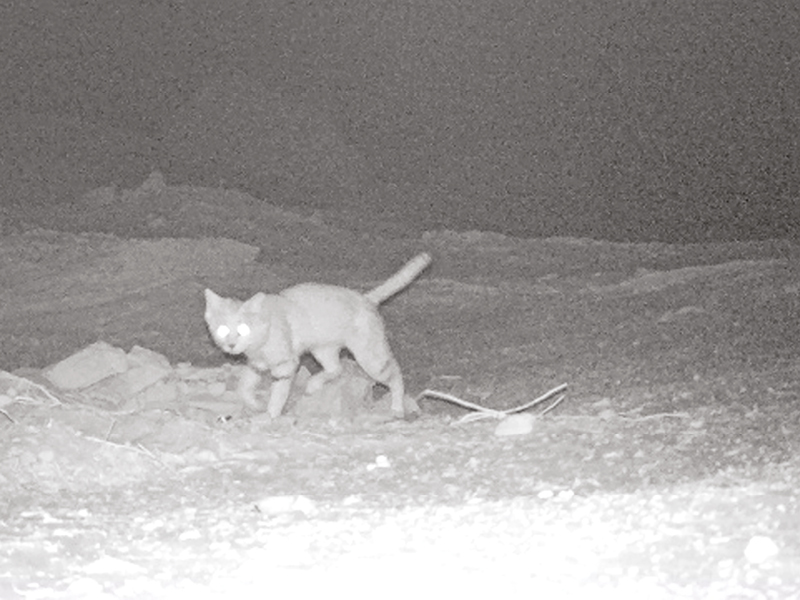 The Environment Authority (EA) has recently documented presence of sand cats in the Empty Quarter in the wilayat of Muqshin in Dhofar governorate.

As part of its efforts to record wild animals in the sultanate, the Environment Authority said, ‘Wildlife monitors at the General Directorate of  Environment in Dhofar governorate were able to monitor and document the presence of sand cat in the Empty Quarter (Rub al Khali) in the wilayat of Muqshin.’

‘This animal was filmed through a camera trap,’ the authority said in a statement.

‘The recent documentation of this rare sand cat is a first for its presence in the sands of Rub al Khali in the Dhofar governorate,’ it said.

‘This sand cat was previously documented in the sands of Sharqiyah and Dhahirah governorates,’ said EA.

‘The animal is active at night in search of food such as rodents, insects, lizards and bird,’ the EA statement added.

The sand cat (Felis margarita), also known as the sand dune cat, is a small wild cat living in sandy and stony deserts far from water sources. With its sandy to light grey fur, it can camouflage

itself in a desert environment.

The feline’s head-and-body length ranges from 39-52cm with a 23-31cm long tail. Its 5-7cm long ears are set low on the sides of the head, aiding detection of prey moving underground.

The long hair covering the soles of its feet insulate its foot pads against the extremely hot and cold temperatures in deserts, a description of this cat reads.