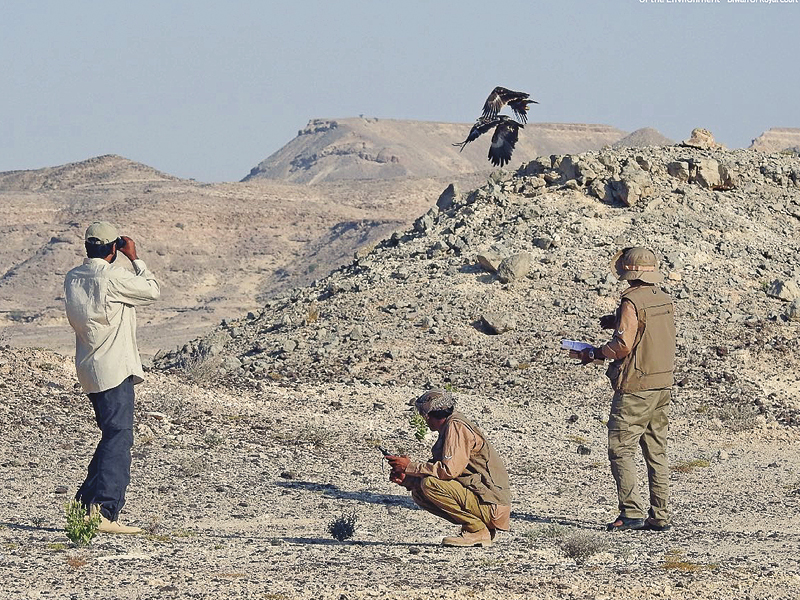 The Office for Conservation of the Environment at the Diwan of Royal Court has carried out a specialised field study on the birds of prey of the plains and countryside of Dhofar and found out that the number of steppe eagles has dropped significantly since 2018.

The study was carried out in cooperation with an international team consisting of bird scientists from Austria and Germany and the Anglo-Omani Society.

The Office for Conservation of the Environment at the Diwan of Royal Court said the study sought to determine the habits of this type of falcon, tracking its course of migration within the sultanate and abroad and collecting minute details about its lifestyle while at the same time publishing journals about the findings.

‘The aim was to enhance knowledge about their habitats and maintain an account of them in Dhofar plains,’ it said.

Khalid bin Muhammad al Hakmani, head of the Nature Reserves Department at the Salalah Environmental Conservation Office, and supervisor of the specialised environmental study, said the steppe eagle is considered an endangered bird globally based on the classification of the International Union for Conservation of Nature.

The sultanate is considered a natural attraction as a large numbers of these eagles visit various locations in Dhofar which provides adequate food in the winter season. Hakmani said the research team installed 13 satellite tracking devices on 13 steppe eagles to obtain important data required to help monitor accurate information. The office also carried out field visits to important sites frequented by the eagles.

“In 2019, we recorded 500 steppe eagles in Dhofar. But they decreased to 80 in 2020,” he said, adding the reason for the decrease in numbers is the lack of food including carrion (decaying flesh of dead animals).